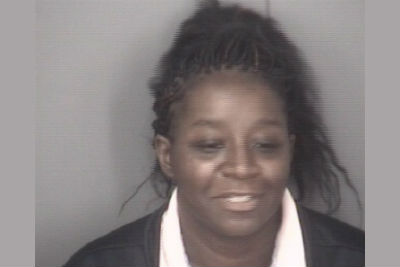 Update: Sept. 21, 3:50 p.m. Jacqueline Ramsey turned herself in to authorities on Monday and has been processed on nine outstanding felony
warrants. She is being held without bond at Middle River Regional Jail.

Update: Sept. 16, 4:52 p.m. Jacqueline Ramsey remains at large and may be operating a silver 2010 Lincoln Navigator with Indiana registration, according to authorities.

If anyone has any information about this shooting, contact Investigator Ron Reid of the Augusta County Sheriff’s Office at 540-245-5333 or Crime Stoppers at 800-322-2017.

Original post: Sept. 14, 1:46 p.m. A Stuarts Draft woman is being sought by authorities in Augusta County in connection with a shooting reported Sunday night.

Jacqueline N. Ramsey, 38, is wanted on a charge of shooting into an occupied vehicle, and additional charges are likely, according to the Augusta County Sheriff’s Office.

Deputies were dispatched to a location on Foursquare Lane in Fishersville at 9:22 p.m. Sunday to investigate a reported shooting. A man in his 30s reported that while traveling north on Stuarts Draft Highway, preparing to turn onto Augusta Farms Road, a vehicle pulled next to his and began firing a weapon toward his vehicle, striking it in the passenger’s compartment.

As he attempted to flee, the suspect continued firing and also rammed his vehicle with hers.

No injuries were reported.

This is not considered a random act of violence. According to authorities, Ramsey targeted the victim.

If anyone has any information about this shooting, please contact Investigator Ron Reid of the Augusta County Sheriff’s Office at 540-245-5333 or Crime Stoppers at 800-322-2017.