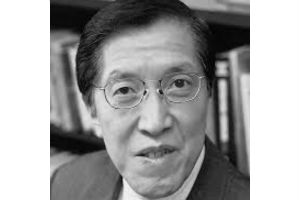 Derald Wing Sue, professor of psychology at Teachers College, Columbia University, will deliver the Root Lecture at Washington and Lee University on Wednesday, Sept. 18, at 4 p.m. in Stackhouse Theater on the W&L campus.

The title of Sue’s lecture is “Microaggressions: Toxic Rain on College Campuses.” The speech is free and open to the public.

The civil rights movement in the United States was the foundation of Sue’s interest in multicultural studies. In 1972, Sue co-founded the Asian American Psychological Association (AAPA) with his brother Stanley Sue.

Sue’s current work focuses on the psychology of racism/antiracism and multicultural psychology, education and counseling. His research has focused on microaggressions, which are brief and/or common words or actions that are directed, intentionally or unintentionally, at members of stigmatized groups and that communicate hostile, derogatory or negative messages. Although microaggressions often seem harmless to observers, they are considered a form of everyday discrimination that can have a cumulative and negative psychological impact. Professor Sue’s most recent work addresses microinterventions that can be enacted by targets, allies and bystanders in order to disrupt, dismantle and disarm microaggressions.

Sue is the recipient of countless awards, and he also has held numerous positions throughout the American Psychological Asociation, including president of Division 45, Society for the Psychological Study of Ethnic Minority Issues. Sue has written several books, including “Microaggressions in Everyday Life: Race, Gender, and Sexual Orientation,” “Counseling the Culturally Diverse: Theory and Practice” and “Overcoming Our Racism: The Journey to Liberation.”

Sue earned a bachelor’s degree from Oregon State University and a doctorate in counseling psychology from the University of Oregon.