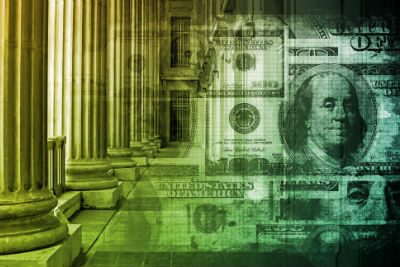 The Win Virginia PAC that played a key role in the huge swing in Democratic Party representation in the House of Delegates in 2017 is investing heavily in races in the Shenandoah Valley.

Win Virginia had contributed $25,698 to local candidates in that cycle, according to a review of reports filed with the State Board of Elections.

I’m counting the early 2018 special election in the 24th House District in that figure. Win Virginia invested heavily in Democrat Christian Worth in that one, and has upped its commitment to her in the 2019 cycle.

Credit due here, because a decade ago, it seemed that the big-money Democrats in NoVa and Richmond didn’t want to have anything to do with Democrats in the mountains.

The $25K investment in 2017 didn’t produce any wins locally, but close races, yes.

I’m not sure it’s a coincidence that two of the four Republican incumbents who faced the toughest challenges – Dickie Bell and Steve Landes – are not running for re-election in 2019.

Bell got 54.5 percent of the vote in his re-election win in the 20th House District in 2017. Democrat Jennifer Lewis, who ran strong in her 2018 Sixth District congressional campaign loss to Republican Ben Cline, will face former Staunton mayor John Avoli for that seat in the 2019 race.

Landes got 58.0 percent of the vote in his 2017 re-election, the lowest percentage of the vote he’d received since his first election win, all the way back in 1995.

Democrat Jennifer Kitchen is facing Republican Chris Runion in the 25th in 2019.

Republican Tony Wilt won in the 26th House against Democrat Brent Finnegan in 2017, and they will square up in a rematch in 2019.

Interesting dynamic here: the district is half Harrisonburg vote, half Rockingham County vote.

Expect that one to be a nail-biter on Election Night.

The one question I’d have would be the 24th Senate District race. Republican Emmett Hanger has laid low since winning the GOP nomination in a June primary that cost him nearly $600,000.

Is it possible that Democrat Annette Hyde, who has outraised Hanger in the general, can sneak up on him and pull the upset?

I’ve long been an advocate, if you can count whining incessantly as advocating, for the money folks to put some action on their Democrats in the Valley.

The investments in the 2017 cycle showed that there’s potential here. Next step is getting somebody across the finish line, which seems very doable.