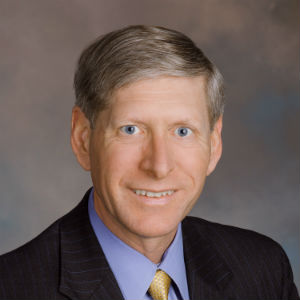 Del. Steve Landes was honored with the Foundation for Government Accountability’s 2015 Protecting the Vulnerable Award Monday for his leadership in the state to prevent fraud and protect the state’s welfare programs for the truly needy.

Landes sponsored HJ 637 in Virginia’s General Assembly, which gives the Commonwealth access to modern tools to combat fraud and waste in its welfare systems, such as Medicaid. Strong partnerships with the FGA and leaders like Landes have saved taxpayers hundreds of millions of dollars, to include welfare benefits that were being paid to lottery winners and the dead.

“I’m grateful for the FGA’s award and acknowledgment of our efforts in the General Assembly to improve how our government functions,” Landes said. “I look forward to continuing my work to give Virginians the maximum benefit for every dollar our government spends and exploring ways to cut Medicaid costs and improve patient service is a key part of that effort.”

“It’s critical that we protect our social safety nets for those who truly need them, like vulnerable children, the elderly, and the disabled, and that means rooting out fraudsters whose theft make our programs unsustainable,” said Tarren Bragdon, FGA CEO. “Del. Landes is committed to fighting fraud by bringing 21st-century tools to Virginia, making it harder than ever for people to take from the truly needy.”

Landes is one of a handful of state leaders being recognized from around the country for their work in 2015, and they are the first group of legislators to be honored with this annual award.