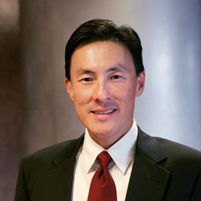 Del. Mark Keam (D-Fairfax) and numerous government and private sector stakeholders announced in a press conference on Tuesday that Virginia gets it when it comes to taking care of its elderly population.

“Good news is, Virginians are living longer.  But the challenge for lawmakers is to develop a plan for how best to serve the needs of this aging population who will face Alzheimer’s, dementia or other health concerns in the years to come,” said Keam.  “Today, we are pleased to share with the public that we have a strong public-private partnership of caregivers and policymakers working closely together to take care of our senior citizens.”

At the press conference, Del. Keam was joined by Del. Steve Landes (R-Augusta), Deputy Commissioner of the Department for Aging and Rehabilitative Services (DARS) Bob Brink, Deputy Secretary Health and Human Resources Dr. Jennifer Lee and many others to share the results of a report issued by DARS, which was the result of a bill that Del. Keam introduced in the 2014 legislative session (House Bill 831).

As requested by the bill, DARS staff convened a working group that reviewed some best practices in providing care for individuals with dementia living in nursing homes in Virginia.  The working group found 40 programs from 31 state-based organizations to be examples of best practices, and made 13 recommendations in the areas of diagnosis and treatment, dementia care and caregiving.

“With Del. Keam’s help, along with others in our General Assembly, the Department for Aging and Rehabilitative Services is better prepared to help all Virginians address the Age Wave.  Identifying the best possible program for our loved ones dealing with dementia can now be made less burdensome and more effective,” said DARS Commissioner Jim Rothrock.

One of the ways that the state is making dementia care a priority is by hiring a full-time dementia services coordinator in the Aging Division of DARS.  Deputy Commissioner Brink announced that the position, which was funded through a budget amendment introduced by Del. Landes in 2013, was filled by Charlotte Arbogast.

Deputy Secretary Lee announced that Virginia recently received a $441,131 three-year grant from the Federal Administration for Community Living, which will allow DARS to implement a program that will provide support for up to 150 caregivers in the Charlottesville and Williamsburg areas.  Dr. Lee hopes to see the program expanded into other areas in Virginia in the future.

Alzheimer’s Association Public Policy Director Carter Harrison announced that the Dementia State Plan developed by the Virginia Alzheimer’s Disease and Related Disorders Commission that has been in place since 2011 is currently being updated to be released later this year.  “The forthcoming state plan is the update on the blueprint to move Alzheimer’s services forward,” said Harrison.

The 2015 Dementia State Plan will include information to be gathered from a series of public listening sessions hosted by the Commission and the Alzheimer’s Association.  These information sessions will be held in Big Stone Gap on April 8, Roanoke on April 15, Virginia Beach on April 22, Fairfax on May 19 and Richmond on June 16.  More information is available at www.alzpossible.org.