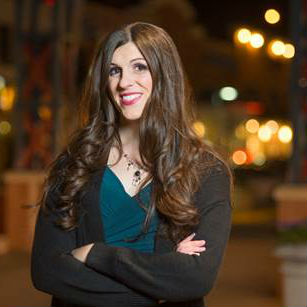 Delegate Roem’s inspiring and transformative campaign gained national and international attention. Her victory was secured by sticking to the issues that matter most to her constituents, and never shying away from standing up for justice. As the first out transgender woman elected to a state legislature, she is blazing a new and unique trail.

“Delegate Danica Roem is a trailblazer who continues to inspire people far beyond Virginia’s 13th District,” Beyer said. “Her meteoric rise, which culminated in a 2017 victory few predicted, was fueled by a laser focus on her constituents’ core issues. It was also a historic moment that made me proud to be a Virginian. I’m excited to hear what she has to say.”

“I’m excited to join Congressman and Megan Beyer’s Women’s Conference as we advocate for equality and equity under the law,” said Delegate Roem. “As a co-patron of the resolution to ratify the Equal Rights Amendment in Virginia, it’s so important for women and our allies across the commonwealth to begin mobilizing for this cause leading up to the 2019 General Assembly session so not one more generation of women and girls has to watch this historic opportunity pass us by.

“We must also keep in mind that equality for women means equality for all women. That means we must advance the cause of those of us who have been historically disenfranchised, marginalized, stigmatized and shut out because of race, national origin, sexual orientation, gender identity or expression, disability or any other inherent identifier.

“We are all in this together and we are all joined by a sense of common purpose to make our Virginia a more inclusive commonwealth. It’s time to mobilize and it’s time to win.”

In addition to Delegate Roem’s remarks, the conference will feature an award presentation to 11-year-old gun violence prevention activist Naomi Wadler, a panel discussion on the Equal Rights Amendment, and interactive breakout sessions between community and advocacy leaders.

Delegate Danica Roem represents the 13th District in the Virginia House of Delegates including the City of Manassas Park, Town of Haymarket, and Prince William County portions of Manassas and Gainesville. She is a 33-year-old step-mom, lifelong resident of Prince William County, and the former lead reporter of the Gainesville Times. She ran for office to bring a reporter’s eye to Richmond and to speak truth to power.

During her first legislative session this year, she was proud to champion bills important to her constituents, and to help expand Medicaid to 400,000 people across the state of Virginia. She continues to fight every day for her constituents in the 13th District.