Debbie Ryan to be inducted into Virginia Sports Hall of Fame 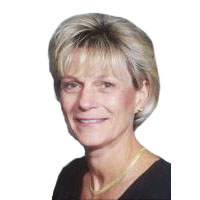 Former Virginia women’s basketball head coach Debbie Ryan will be inducted as a member of the Virginia Sports Hall of Fame Class of 2012, the organization announced on Monday.

Ryan was the head coach at UVa from 1978-2011 and her Virginia teams compiled an overall record of 739-324, participated in the NCAA Tournament 24 times and made three-consecutive Final Four appearances. Her teams reached the NCAA Tournament Sweet Sixteen 12 times, won three Atlantic Coast Conference Tournament Titles and 11 ACC regular season championships.Ryan was honored as the Naismith National Coach of the Year in 1991 and earned ACC Coach of the Year honors seven times. She is also a member of the Class of 2008 for the Women’s Basketball Hall of Fame.

The Virginia Sports Hall of Fame class members are chosen by a vote of the statewide Honors Court committee. Ryan is joined by Antonio Freeman, Gerald Henderson, Ray Hendrick, Jess Kersey, Al Pearce and Billy Wagner in the Class of 2012.

“The Class of 2012 is an example of the quality of athletes and coaches that are being produced across the Commonwealth,” Hall of Fame President Eddie Webb said. “Each nominee’s resume is recognized on a national or international level proving the point that the State of Virginia is one of the leaders in producing this nation’s top competitors.”