David Toscano: Inside the surplus 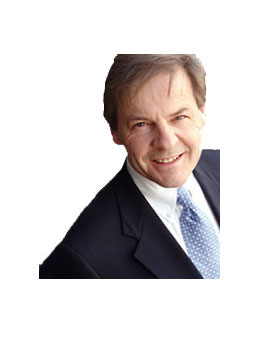 It is always better to have a surplus than have a deficit. Consequently, Governor McDonnell and many Virginians recently celebrated the fact that the Commonwealth will have a surplus at the end of the fiscal year. After all, who would not want a surplus? If we balance our family checkbook at the end of the month, we feel better when we have a positive balance. But, as they say, it is always good to know how we got there. If you balanced your checkbook by cutting medical care for your child or going cold in winter by not paying for enough fuel, you would not feel as good. If you borrowed from your savings, you might feel even worse about your surplus and how it was generated.

In reality, a similar dynamic has occurred in Virginia. Over the past several years, the lack of an expanding revenue base has forced the Commonwealth to make a number of serious cuts totaling over $7 billion. In the last General Assembly session, the budget was balanced through a combination of even more cuts and forgoing over $600 million in payments into the Virginia Retirement System, in effect giving state employees, public safety officers, and public education staff an IOU. Cuts were made in K-12 education, higher education, support for mental health, and public safety. Make no mistake about it – we are enjoying a budget surplus now on the back of painful cuts to key programs in Virginia and putting off financial commitments into the future.

Another financial consequence of our budgetary action has also recently become apparent. The Unemployment Trust Fund, the account out of which we pay unemployment benefits to Virginians who are out of work, has essentially run out of money, and now we will have to borrow from the federal government to fund our obligations. You may remember that the House of Delegates unfortunately rejected a change in Virginia’s unemployment compensation program two years ago that would have brought additional monies to the state in exchange for small changes in the program. Now, because those changes were not made, we are forced to borrow money from the federal government, and small businesses will need to pay more in unemployment insurance.

The surplus will be spent on one-time expenditures. About $82M of the $200M surplus will fund a 3% bonus for state employees, who have not received a raise in many years. $26M will go to the Water Quality Improvement Fund to help clean up the Chesapeake Bay. This is a statutory provision of our budget process. $19M will go to K-12 education; some will likely arrive in Albemarle and Charlottesville. Most of the balance of the surplus will go to fund transportation.

Since the surplus reflects more monies coming into the state treasury than were projected, it is an indication that the economy has improved somewhat. Hopefully, the economy will continue to improve and revenues will continue to increase so we will have an opportunity to replace some of the losses that have occurred over the last several years because of our cuts.

David Toscano represents Charlottesville and Albemarle County in the Virginia House of Delegates.