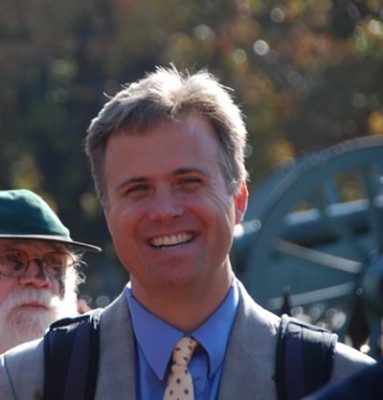 This statement by the Mayor of Roanoke, Virginia, surely takes the prize for government-sanctioned ignorance and bigotry in 2015. Is he aware that comparing World War II participating armies to a group like ISIS is ridiculous, that World War II killed upwards of 50 million people, primarily through the activities of the largest, wealthiest militaries on earth?

Is he aware that the United States was forced to apologize for and pay reparations to the victims of the internment camps used against Japanese Americans?

Is he aware that the blatantly illegal and anti-democratic discrimination he is encouraging can easily lead to very ugly places?

If Mayor Bowers is waking up in a sweat fearful of Syrian toddlers, perhaps he shouldn’t be Mayor of Roanoke. After all, one stands a much greater chance of dying at the hands of local police, health insurance companies, fast food restaurants, one’s own automobile travel, environmental pollution, cigarette marketers, a lightning strike, a fall down the stairs, or accidentally bumping into the hard head of a mayor than as a result of admitting refugees.

Between 1945 and 1952, the United States accepted 400,000 displaced persons from Nazi controlled areas of Europe, after having shamefully turned away Jewish refugees before the war.

The French understand that the attackers there were not refugees, and France has announced that it will take in 30,000 more refugees in need of help.

The ethnic, religious, and racial fear-mongering bigotry at work around the United States on this issue at the moment is ironic in the extreme, given what the central teachings of Christians were before they became “Keep Out the Muslims.”

Forgive our politicians, world. They know not what they do.