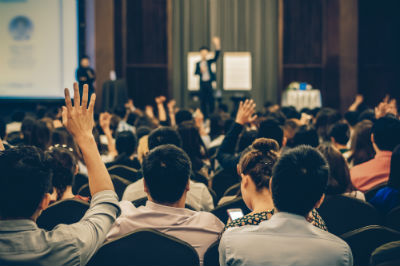 Later this month the annual Los Angeles Tribune Leadership Summit will be live for two days with thousands from all over the world expected to watch and participate. The event features world renowned speakers such as Sharon Lechter who is best known for co-authoring Rich Dad, Poor Dad with Robert Kiyosaki selling a record thirty-two million copies. She is also known for writing the best-selling book “Think and Grow Rich for Women” which was released in partnership with the Napoleon Hill Foundation. The headline speaker lineup also includes David Meltzer who formerly served as CEO of the renowned Leigh Steinberg Sports & Entertainment agency, which was the inspiration for the movie Jerry Maguire. Alongside Meltzer and Lechter is Moe Rock who first gained prominence as an International Producer who now has reinvented himself over the years as a well-respected Businessman, Investor and Marketing Consultant. Over the last decade, Moe Rock has spoken on over two hundred stages and has led leadership and personal development seminars ranging from two days to twelve day events. His latest book “Lead by Example” by Moe Rock reached best-seller status.

The summit is designed to assist Entrepreneurs and CEOs to fine tune their leadership skills and prepare for 2021 with the final quarter of 2020 among us. The theme of the event was inspired due to the COVID19 pandemic resulting in chaos and volatility in the market. World leaders such as Sharon Lechter, Moe Rock, David Meltzter, Forbes Riley, Del Bigtree and more are sharing the stage to give insight on how to lead a business in the post-pandemic world.

Other notable speakers include infomercial legend Forbes Riley who has sold hundreds of millions of dollars’ worth of merchandise through television programs and Emmy award winner Del Bigtree who has made headlines this year with his popular talk show.

The event will be held on the 26th and 26th of September and will include keynote speakers, expert panels, live entertainment and networking opportunities for the guests. It is produced and presented by The Los Angeles Tribune. The event was initially planned to be held at the Los Angeles Convention Center however, due to COVID19 restrictions instead it will be available digitally. It is not yet known how many registered attendees there will be but initial reports indicated the reach is in the tens of thousands.