David Cox: ‘No’ on a worthy sentiment, bad law 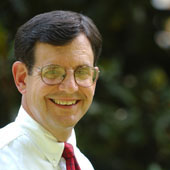 When I come to the second of three amendments to the Virginia constitution on next Tuesday’s ballot, I hope I don’t punch a hole in the machine when I vote “No.”

This proposal aims to help disabled veterans by exempting them from property tax. How could anyone oppose so worthy, so charitable a goal for those who have given so much to our nation?

Alas, the devil’s truly in the details.

1. It’s an unfunded mandate. This amendment would require each locality to pass a law exempting those vets certified to be 100% disabled from this local tax, regardless of any consequences for the community. But that’s only the beginning.

2. It pays no attention to income. There may be a veteran, however rare, who is completely disabled but who has substantial assets or a spouse who makes a few hundred thou: he gets exempted as much as the vet who struggles to meet her mortgage on her humble abode.

3. It makes no allowances for widows/widowers. If the disabled get a tax break, what of the families who suffered the ultimate sacrifice of a loved one?

4. Nor does it help the vets who may be in even greater need—that is, those who cannot afford to own a home but must rent: some of them may need the help even more, but under this measure receive none. And it does nothing for those who are homeless.

5. Is this just the beginning? Will there be other groups—war widows/widowers, police, firefighter casualties, and the like—who receive a similar dispensation which, despite the worthiness of their action for the community, disrupts the finances of the community?

In other words, the state legislature twice and unanimously voted a charitable measure that starts by committing someone else’s money: it’s like my making a pledge to a church that you must pay. Then, the proposed solution may entitle some who may have no need while excluding others that truly do. It just doesn’t work.

When I first wrote opposing this idea, some local vets complained. As we talked, though, they themselves identified more shortcomings, and offered ideas to rectify them. These in turn were picked up by the Virginia Municipal League, which proposed:

• A state tax credit based on the real estate tax paid by the eligible veteran. The tax credit

could be prorated to the level of disability and to the income level of the veteran, and could be extended to surviving spouses who have not remarried. Survivors of those who die while in service could be eligible to receive the credit at the same level as veterans with a 100 percent level of disability.

And these could be passed by the legislature without amending the Constitution.

So it wasn’t as though the Assembly lacked alternatives. They just went nowhere, not even with our own legislators.

So now we face a lousy amendment concerning a very legitimate need that doesn’t do the job for those most in that need, propounded by an entity that won’t be paying for it. But, because it concerns veterans who richly deserve our support, and because people won’t stop to consider it the way some of our local veterans did, my guess is that it’ll pass. Overwhelmingly.

But I’m voting “no,” and I hope you will too. If enough of us do, then maybe the Assembly will pass a measure that really accomplishes what it set out to do, and pay for it rightly too.

Column by David Cox. This column was published in the Rockbridge Weekly on Oct. 27.