Cuccinelli: Tired, poor, whatever, as long as they’re white 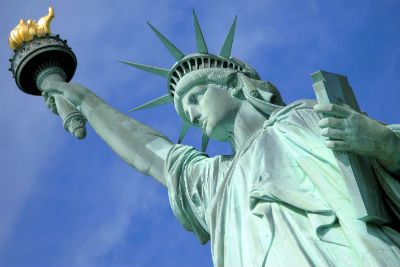 Ken Cuccinelli, almost our governor in 2013, wants to make it clear: the poem inscribed on the Statue of Liberty is about white people.

“Well, of course, that poem was referring back to people coming from Europe, where they had class-based societies, where people were considered wretched if they weren’t in the right class,” Cuccinelli inserted foot into mouth in an interview Tuesday night on CNN.

There are brown people in Europe, but they don’t count.

This is what qualifies you in the Trump era to head a federal agency, folks.

Cuccinelli is the permanent acting director of Citizenship and Immigration Services.

Just to make it clear, he only wants people from Europe coming through his Ellis Island.

Oh, and, don’t forget, no lowlifes.