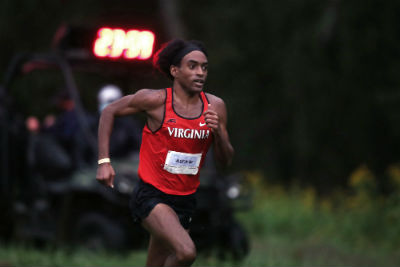 Asfaw captured the honor after pacing the Wolfpack Invite and leading the Cavaliers to a first-place finish at the meet. The senior won the individual title with a time of 23:32.5, dropping 30 seconds off his time from Cavaliers’ season opener, the Virginia Invite. Asfaw captured the first-place finish by two-and-a-half seconds, edging NC State’s JP Flavin for the win.

Asfaw became the first cross country runner from Virginia to win the honor earlier this season. He turned in the fastest time at the Virginia Invite, leading the Cavaliers to a first-place finish with his time of 24:03.1. He joins Iowa State’s Edwin Kurgat and Syracuse’s Justyn Knight as the only the NCAA Division I male cross country runners in the last five years to win the honor twice in one season.

The Cavaliers will conclude the regular-season on Friday as the team hosts the Virginia/Panorama Farms Invitational in Earlysville.