Creigh Deeds: A busy week in the Senate 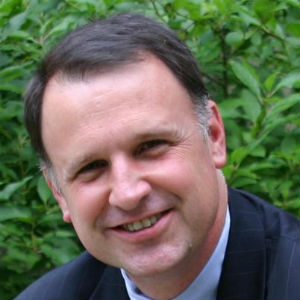 We are rapidly moving through the 2019 short session. One of the main sticking points is disagreement over how to use the budget surplus. The parties are in a stalemate over routine tax conformity questions and larger policy issues.

Every year, one of the first pieces of legislation to pass is a tax conformity bill that brings our definitions in line with the federal government as it relates to taxes. Unless we pass legislation soon, Virginians may need to delay the filing of their tax returns. Of course, the federal government is shut down, so we do not know when tax returns can get processed or refunds issued. If we don’t conform to federal policy, we will make the process of filing state returns nearly impossible and drive up the cost of doing so. Therefore, I join with many of my colleagues to urge conformity as soon as possible. The Virginia Association of Certified Public Accountants put together a helpful frequently asked questions about this matter.

Much attention has been paid in recent years to the way districts are drawn in Virginia. Many, including me, blame many of the problems in government to the polarization that partisan redistricting produces. This is the primary reason I have pushed redistricting reform for many years. The Senate Privileges and Elections Committee had three distinct approaches to consider this year.

One Virginia 2021, which has the support and advocacy of thousands of people throughout Virginia, has dedicated hours of work to developing a proposal to draw our lines in a nonpartisan, transparent way. Senators Emmett Hanger and Mamie Locke carriedlegislation embodying that vision. Identical legislation was put forward by Senator Glen Sturtevant. I again sponsored a resolution to create a bipartisan commission that includes criteria forbidding the use of political considerations in drawing district lines. All three bills failed.

In lieu of those bills, the Committee supported legislation offered by Senators George Barker and Dick Saslaw. This proposal is a step forward in that the districts are drawn by a bipartisan commission made up of legislators and citizens. The plan would need to be approved by the General Assembly and the Governor. While I think the One Virginia 2021 plan is better, this may be an example of how we cannot let the good be the enemy of the perfect.

Safety concerns and congestion on Interstate 81 continues to generate discussion. The highway is, without question, the lifeblood of the economy for the western part of the state and carries more truck traffic than any other highway in Virginia. In fact, over 40% of all tractor-trailer traffic that travels through Virginia is on 81. There are accidents and delays every day that cost people time and money and make travel on the road unreliable.

The Commonwealth Transportation Board developed a plan with a price tag of about $4 billion to make changes to the length of I-81 and a less ambitious 20-year, $2 billion plan. In my mind, we are going to get something passed, I do not yet know the specifics of when or what. The big question revolves around how we pay for improvements.

The Secretary of Transportation, Shannon Valentine, and some legislators have rallied around a plan centered on tolls. The tolls are not spelled out precisely in the bill, sponsored by Senator Mark Obenshain, but the proponents of the bill have suggested that the primary burden would be on out-of-state drivers and heavy truck operators. The proposal also includes a one-time fee that in-state residents would pay to use I-81.

I have problems with that approach because I’m not sure it’s constitutional. The Interstate Commerce Clause U.S. Constitution requires us to treat in-state and out-of-state drivers and residents the same in such matters. I worry that tolls will divert traffic to secondary roads that are not designed for truck traffic, and I worry that it sets a bad precedent. Every time we have a need on other interstate highways, we could have a plan that relies on tolls.

Senator John Edwards has an alternative approach that would impose a sales tax on gasoline at the rack. His plan calls for a statewide wholesale tax with money dedicated to I-81. I have introduced my own bill that dismantles provisions of the transportation reform bill passed in 2013. The 2013 plan balkanized our transportation system by allowing Northern Virginia and Hampton Roads to raise their own money and leaving the rest of us with scraps. If we are a Commonwealth, we should behave as one. We need to have a true statewide transportation plan.

The toll plan would free up dollars for the Bristol, Salem and Staunton districts. The western part of the district I represent is served by the Staunton district, so we would see a few dollars there for needed improvements. However, the eastern part of the district I represent is it is in the Culpeper and Lynchburg districts. No money would be available for transportation projects there. And further, adopting this I-81 tolling bill sets a precedent for any road improvement in the future on interstate projects. In my view, that’s just not the way we ought to go.

The toll bill was scheduled to come up in the Senate Committee on Transportation this past week, but it was re-referred to the Senate Finance Committee instead. I expect some discussion there to occur next week and hope to be a part of that discussion.

Gubernatorial appointments proved to be a significant issue this week. Over the long haul of my time in the General Assembly, I have supported governors, of both parties, on their appointments. The governor is entitled to an administration of his choosing; and he will rise or fall on the success or failure of those appointees.

The majority party in the Senate removed Jay DeBoer as head of the Department of Professional and Occupational Regulation. I have known Jay for almost 30 years. He is one of the smartest people I know and is the ultimate professional. Jay served with distinction as a legislator and in the administrations of Mark Warner, Tim Kaine and Ralph Northam. The chatter was that his removal involved some interactions with legislators on constituent matters. Jay was unwilling to bend to legislative pressure and worked to treat everybody the same under the law. That was not good enough. A brilliant career may have been ended.

At the last minute, there was an effort to remove David Paylor as head of the Department of Environmental Quality. This push was not led by legislators but by the grassroots. As the head of DEQ, David Paylor has made many decisions relating to the pipelines and a number of questions were raised about his actions. The Atlantic Coast and Mountain Valley Pipelines are proposed to traverse some of the most beautiful scenery in Virginia. I am not convinced that our economy requires the natural gas that will flow through these pipelines; and I share concerns that the bulk of that gas will be sold overseas and benefit the shareholders of the investors rather than the people of Virginia. I resent the fact that eminent domain is being used to condemn land for these pipelines. But David Paylor is the Governor’s choice to be the head of DEQ. What assurance do we have that the next appointment, which would also be made by the Governor, will be any more sympathetic to the wishes of my friends than David Paylor? Ultimately, a Governor’s success depends on the performance of his appointees. I was not willing to walk back from my long held view in order to cast a vote against a gubernatorial appointee.

Thank you so much for the opportunity to serve you in the Senate of Virginia. If I can be of service, please contact my office at (804) 698-7525 or by email atdistrict25@senate.virginia.gov. I look forward to hearing from you.

Creigh Deeds is a member of the Virginia Senate.