Cranwell to step down as chair of state party 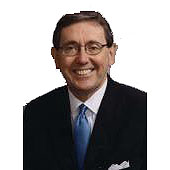 Democratic Party of Virginia chairman Dick Cranwell announced Tuesday that he will retire from the position in December.

“After 39 years in public life as a member of the House of Delegates and as Chair of the DPVA, and after much reflection and discussion with my family, I have decided that 2010 will be my last year as Chair of the Democratic Party of Virginia,” Cranwell said in a statement released today.

Cranwell has served as party chair for five years – a time of both growth and some recent retraction. Cranwell was at the head of the Democratic Party for the U.S. Senate victories of Jim Webb in 2006 and Mark Warner in 2008 as well as the historic victory of Barack Obama in ‘08 that saw a Democrat get Virginia’s presidential electoral votes for the first time since the 1960s.

The 2009 state elections were a stunning reversal of that trend, with Republicans Bob McDonnell, Bill Bolling and Ken Cuccinelli sweeping the statewide races in landslide fashion. And in the 2010 congressional midterms two seats picked up by Democrats in 2008, in the Second District with Glenn Nye and in the Fifth District with Tom Perriello, could be heading back to the Republican column.

Cranwell acknowledged the highs and lows in his statement to the press today.

“I would be less than candid if I did not say we have had our struggles as well, but, throughout my tenure as chair, I have never questioned that our party leaders, our staff and our supporters spend every day trying to make life better for the people of Virginia,” Cranwell said. “I am confident that under the leadership of a new chair, the Democratic Party of Virginia is going to continue to grow and help elect candidates who will continue the fight for good jobs and working families across our state.”