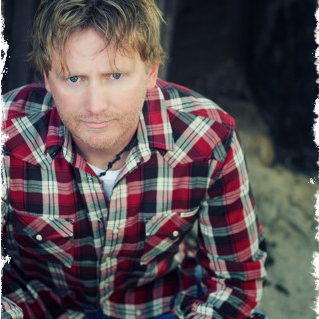 National touring and recording star Scott Helmer will stop in Waynesboro on his year-long, cross-country tour to help theatres like the Wayne to make, as he says, “this world a better place.”

His goal is to raise $1 million, “one organization at a time, one gig at a time.”  The tour has moved from South Dakota to Missouri to Maine and then on to the Middle Atlantic States.  Helmer’s performance for the Wayne Theatre on Friday, October 17 will be followed by a gig at the Lincoln Theatre in Marion, Virginia on Saturday, October 18 and at the Historic North Theatre in Danville on Oct 19. These will be the only opportunities for audiences to see the “Million Dollar Tour”.

The goal of Helmer’s performance for the Wayne Theatre is $5,000.  The evening coincides with WTA’s River City Radio Hour which begins it eighth season in August.  The traditional third Friday show will feature Helmer in a solo acoustic set preceded by an array of local talent who will share the Radio Hour stage.  The Radio Hour, of course, includes the very popular Boogie Kings.  The location of the special October Radio Hour will be announced in September.

“We are so fortunate that Scott Helmer included the Wayne Theatre in his tour,” said Tracy Straight, associate director of the Wayne Theatre Alliance.  “His stop recognizes the work our community has done to make Waynesboro a destination site for those who love good music.”

According to the critics, Scott Helmer is a master of reinvention and like his music – an inspiration. His contagious, radio-friendly blend of rock and pop infuses memorable guitar riffs, catchy sing-along choruses and lyrics that tell real stories of love, pain and starting over.

Growing up outside of Chicago, Scott began writing and playing music early on, beginning with the drums at age five.  In his early twenties, Scott got sidetracked from his dreams, trading his vision for the promise of a rewarding career as a business entrepreneur. Success led to his climbing the ladder in the high-pressure culture of corporate insurance. After a bright beginning, however, a turned-around world economy turned Scott’s world upside down in a relatively short time. In a tale so many can relate to, Scott lost his business, his future – and ultimately the family he loved.  During this most difficult period in his life, music became the source – and the support – that kept Scott afloat.   Today, as Scott continues his journey, he has become a sought-after opener for legendary acts like 3 Doors Down, Eddie Money, and Big Country.  His current Million Dollar Tour is his way of reconnecting to the world he loves and of making a difference, one theatre at a time, one gig at a time.

For more information visit the Wayne Theatre website at www.waynetheatre.org or call 540-943-9999.