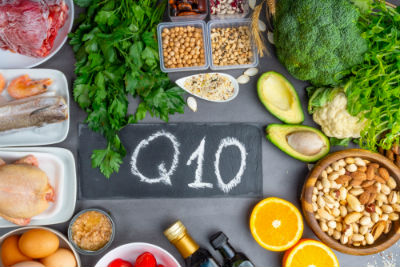 With all of the supplements on the market today, it can be hard to distinguish which ones are actually beneficial to your body. One particular vitamin-like supplement has caught the eye of many people in recent months because of the awesome benefits that have been reported and raved about. CoQ10 is something our bodies make naturally, but as we age the quantities of this vital compound begin to decline. Replenishing your body’s supply of CoQ10 can give you new life and vigor.  Today, we will take a close look at CoQ10 benefits, and why this supplement could be perfect for you. I’ve compiled some of the facts in the following article titled CoQ10: what’s all the buzz about?

As we age, our bodies begin to make less and less of the crucial compound CoQ10. CoQ10 is found in nearly every cell of our bodies and resides in the mitochondria, the organisms that power our cells. CoQ10 is present in all of our cells but is concentrated in the vital organs such as the liver and heart. We obviously need to do all we can to help our hearts. Our bodies naturally produce CoQ10, and it is found in many healthy foods, such as fish, and poultry. However, with age our bodies no longer produce the quantities of CoQ10 that we need to remain at optimum health. If we have some illness or injury our bodies also use more CoQ10 that we produce. Taking a CoQ10 supplement to aid the body in its fight against age-related illnesses is an absolute no-brainer.

So, what is CoQ10? Coenzyme Q10, otherwise known as CoQ10, is a kind of coenzyme and natural antioxidant that can be found in all of the cells of every creature on earth. Coenzymes can aid enzymes with several different bodily processes, from food digestion to muscle repair, and more. The antioxidants that CoQ10 produces are used to protect the cells in our bodies from harmful free radicals. CoQ10 plays a very large role in our cells’ energy output, with many benefits and uses. CoQ10 is made by the body but in limited supply, for a limited time. It is important to replenish the body’s supply of CoQ10 once we reach middle age. It is around middle age when we need CoQ10 more than any other stage of our lives, and the reason we have so many problems with our bodies in this middle to late stage of life may be related to the lower amounts of CoQ10 in our bodies. Getting more CoQ10 into our bodies, and then into our mitochondria, can help in so many problems that arise from aging or injury.

There is no doubt that our bodies need CoQ10, and that as a result of age or injury, we produce less of this vital compound. Taking a CoQ10 supplement is easy, and the results should speak for themselves. Studies have shown a deficiency of this important enzyme can lead to a whole host of serious problems, so taking a supplement can be a health game-changer. These CoQ10 supplements can be found online or at your local health food or natural medicine store. As far as dosage, it is recommended that 200 milligrams per day for adults is sufficient for those who are eating a healthy diet, and get at least some of their COQ10 from foods. You can look online though for your best selection, and lowest prices. CoQ10 will give you new energy and promise as you enter the later years in your life. So, don’t hesitate, go out and try some CoQ10 today, you won’t regret it!