Conveyor belts: What they are, and how they can benefit your business 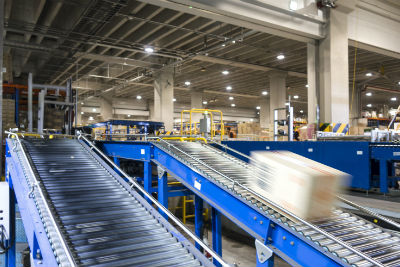 Among the many types of industrial equipments, conveyor belts are so versatile and effective that they are being used by a host of industrial sectors.

To put it simply, conveyor belts are belts capable of conveying goods or products. In more definite terms, it is usually a continuously moving band made out of metal, fabric, or rubber; which is then used to transport objects or items from one place to another. It is what you come across when performing the custom checks or wait for your baggage clearances at an airport.

Due to its ability to move continuously on a consistent speed, it is very useful as an industrial tool. Industries including steel mills, cement factories, food processing plants, or even sugar refineries, etc. tend to rely on conveyor belts heavily for the transportation of either or both their raw materials and processed products. It makes the production process much efficient and removes the burden of having to carry each item manually by using human workforces. Anyways, in order to make the most of your belt conveyor system, it’s important to equip them with a reliable power source such as the OME electric motors.

How Do Conveyor Belts Work?

Usually integrated into a belt conveyor system – one of many types of conveyor techniques, it typically consists of two or more pulleys that form an endless loop over a stretch of belt made out of durable materials. These pulleys are motorized to ensure their consistent movements. When the pulleys spin toward the same direction with the same speed, the belt moves between the two. In doing so, they can carry goods or objects of certain weight and size from one side of the belt to the other. Some conveyor belts that are used to carry relatively heavier items over longer distance also tend to use rollers to provide additional supports.

Benefits of Conveyor Belts for Businesses

The main purpose of conveyor belts is to transport a specific item from one point to another with minimal efforts, time, and expenses. So, if you have a large number of items to transport, conveyor belts are the solution for you. They can not only carry more items at the same time than humans but also can do that at a consistent speed all day long. Consequently, they help businesses in reducing labor and increasing productivity in an industrial environment. It also helps businesses to ensure maximum safety for their workforces by removing the need to carry heavy loads. By eliminating human handling in a controlled environment, it also helps in ensuring maximum hygiene and reducing damage. If powered by something like OME electric motors, it also requires very little maintenance.