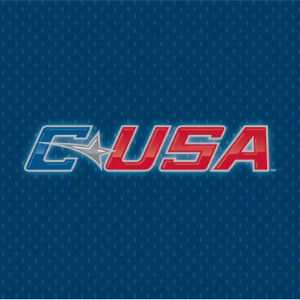 “We explored a number of traditional, digital and additional outlets during the negotiation process,” Conference USA Commissioner Judy MacLeod said. “Our interests are aligned and we are very excited about the potential of these partnerships. All parties will reap the benefits of these agreements.”

The complete C-USA football television schedule will be announced next week.

An ESPN network will televise its 12th consecutive C-USA Football Championship game in 2016 and 2017. Additionally, ESPN will provide season-long coverage of the league, airing five regular-season football games this season and in 2017 across its networks.

American Sports Network (ASN) returns for its third season as a Conference USA partner. ASN is a division of Sinclair Networks Group, owned by Sinclair Broadcast Group, Inc., one of the largest and most diversified television broadcasting companies in the country with 173 television stations it owns, operates and/or provides services to in 81 markets, broadcasting 483 channels, including pending transactions. The terms of the agreement guarantees ASN will showcase a minimum of 15 regular-season football games, 13 regular-season men’s basketball games and two women’s basketball games per season. Furthermore, it has the option to select additional inventory up to 15 football, 42 men’s basketball, three women’s basketball and 10 Olympic sport events and conference championships. This January, ASN launched a 24/7 channel in nine markets and is currently found within 20 markets.

Conference USA becomes the first collegiate conference to partner with beIN SPORTS, a global leader in sports content distribution and the No. 1 growing Nielsen-rated cable network in the United States above all networks. With 45 million subscribers, beIN SPORTS and beIN SPORTS en Español are proud to be the fastest growing independent sports cable network in the business. beIN SPORTS also plans to expand its multiplatform offerings, live programming and studio shows to further cultivate interactivity of fan favorites, in their language of choice, and more fervently reflect their commitment to North American sports fans. The multi-year deal consists of 10 football games, 10 men’s and 10 women’s basketball games, 12 baseball and 12 softball games, 10 men’s and 10 women’s soccer matches and ten (10) women’s volleyball games.

“We are proud to expand our U.S. coverage and provide our viewers with the best in sports programming,” said Yousef Al-Obaidly, Deputy CEO of beIN Media Group. “Our partnership with Conference USA is a first for our network entering the U.S. college sports arena, reflecting our commitment to American sports fans.”

The conference’s footprint spans 10 states with 14 member schools, including campuses that are located within nine of the top 50 media markets in the nation, including four in the top 25.