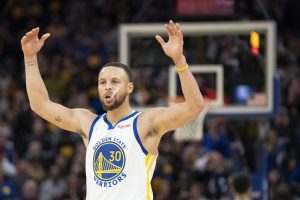 Game 5 of the 2022 NBA Finals takes place on Monday with the Golden State Warriors hosting the Boston Celtics at Chase Center in San Francisco, California. Currently the best out of seven series is deadlocked at two games apiece.

How to Stream NBA Finals Game 5 For Free

While YouTube TV, Hulu and other streaming services offer free trials for live TV services, these often aren’t ideal solutions for NBA fans. Whether you’ve used up your free trial or are betting on the game, there might be better way to stream NBA Finals games for free online.

One of the best new sports betting sites, Jazz Sports, allows members that place a bet to live stream the 2022 NBA Finals for free. All users have to do is sign up, place a bet, and enjoy the game for free on their mobile device.

Below, we’ll go over how to watch NBA Finals Game 5 for free via a live stream with Jazz Sports.

The game can be seen on ABC in the United States and Rogers Sportsnet in Canada with a 9 p.m. ET start time.

All the games of the NBA Finals are shown on ABC in the United States, while TSN and Rogers Sportsnet share the series in Canada.

TSN has games one, three, four, and if necessary, game seven. Meanwhile Sportsnet has games two, five, and six.

One reason why Golden State needs to be considered the favorite is because of the winning culture the Warriors have been able to put together over the last decade.

The Warriors are coming off a game four win where they defeated the Boston Celtics 107-97. Point guard Stephen Curry of Akron, Ohio was extremely effective as he was one of two Warriors players with a double-double. The 34-year-old veteran had 43 points and 10 rebounds. The other Warriors player with a double-double was Andrew Wiggins of Toronto, Ontario. The Canadian small forward had 17 points and 16 rebounds. The 16 rebounds were a career high for Wiggins in the regular season or playoffs.

Television viewers will also have to watch the entire games, especially the fourth quarter. The Celtics dominated the fourth quarter in games one and three, and came out on top. Meanwhile, the Warriors had the decisive edge in the final 12 minutes in the final stanza on Friday. The fact that there has not been a game since Friday could benefit the Warriors, as their nucleus is older than the Celtics, and could help from the extra day of rest.

View all posts by Jeremyfreeborn

Polygon Price Prediction – Which Direction Will MATIC Go In 2023?

TON is recovering – but these cryptos are pushing for 25x gains in 2022!