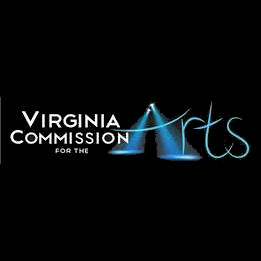 Earning the title for the second year in a row, Nguyen competed along with nine other students from across the Commonwealth in a Facebook Live event hosted by VPM, Virginia’s home for Public Media.

This school year, over 7,000 students participated with 56 advancing to regional competitions. The Virginia Commission for the Arts administers the statewide Poetry Out Loud program in partnership with The National Endowment for the Arts and the Poetry Foundation.

2020 marks the 15th anniversary year of the program and the sixth year the Commission has partnered with VPM to host ad record the competition. The competition was slated to take place Friday, March 13, however, the platform for hosting and recording the event was altered immediately as social distancing measures were implemented in response to COVID-19.

“We are so incredibly proud of all the finalists for this year’s competition who, along with their families, transitioned so quickly to a new platform for competing, with understanding, poise and resiliency that was an example to us all,” said Janet Starke, executive director of the Virginia Commission for the Arts. “And they retained the spirit and goal of Poetry Out Loud, demonstrating how poetry (and its recitation) can help students gain public-speaking skills, self-confidence and a deeper understanding of history and life; something needed now more than ever.”

Each student submitted three video recitations of poems selected from the Poetry Out Loud anthology.  The videos were organized in a recitation order with judges viewing and adjudicating the students in real time during the Facebook Live event. All students recited their first two poems with judges selecting the top three students to advance to the third round.

Nguyen recited “The Bear,” by Susan Mitchell; “Life Cycle of Common Man,” by Howard Nemerov; and “The Nymph’s Reply to the Shepherd,” by Sir Walter Raleigh.

Nguyen stated that the digital competition made her more nervous than reciting poetry in front of an audience.

“Once the video began to play there was nothing I could do except watch and that was a very different experience,” said Nguyen, who received a $200 cash award.

Cancellation of the National Poetry Out Loud competition, slated to take place at the end of April, made the Virginia competition all the more important and critical in recognizing student success in this program.

The National Endowment for the Arts is currently investigating ways to honor the achievements of state champions.

Tani Washington, a senior at Deep Run High School in Henrico, was the first runner-up, and received a $100 cash award and a $200 stipend for her school library. Second runner-up Isabella Fernandez, a junior at Tallwood High School in Virginia Beach, received a poetry anthology.

Judges included: Robert Fields, otherwise known as BlackLiq, who is an Emcee, Promoter, Teacher and Radio DJ; Suzanne Mallory-Parker, who is a Local Program Director for Turnaround Arts, a partnership program of the John F. Kennedy Center for the Performing Arts and Richmond Public Schools; Ron Smith, who is the former Poet Laureate of Virginia, and current Writer-in-Residence at St. Christopher’s School and Poetry Editor for “Aethlon: The Journal of Sport Literature.”; and Richard Follett, who is a high school English teacher who resides in the Shenandoah Valley, where he pursues his interests as a professional actor, singer/songwriter, playwright, and director.

A recording of the Facebook Live event can be accessed here.

To find out how to participate in Virginia’s Poetry Out Loud program visit www.arts.virginia.gov/programs_POL.html.