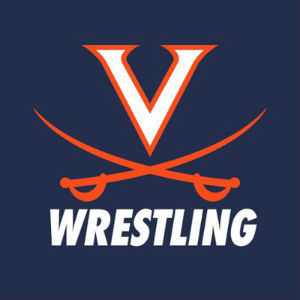 Wrestling at home for the first time in more than a month, the UVA wrestling team (11-6) picked up another victory, defeating Ohio (3-4) on Sunday afternoon at Memorial Gym.

Junior Jack Mueller (Dallas, Texas) continued his hot streak at 125 pounds, claiming his 10th bonus-point victory of the year and improved to 10-0 with a major decision on Sunday. Freshman Robert Patrick (Ligonier, Pa.) won by pinfall at 174 pounds and sophomore Jay Aiello (Chantilly, Va.) added a major decision of his own at 197 pounds. Sophomore Louie Hayes (Orland Park, Ill.) picked up a forfeit at 133 pounds to add six points to the dual score for the Cavaliers.

“Overall it was a great day for our program,” said Virginia head coach Steve Garland. “Ohio is a really tough team and we knew they matched up well with us coming into the dual, especially with us having three starters out. Our guys responded and really took it to them. We won the close matches with wins from Chance (McClure), Cam (Coy) and a huge throw from Robby (Patrick) that he really needed. It was nice to see him get that pin and Jack (Mueller) got another major decision for us. I hope they enjoy it because our focus moves to North Carolina this week.”

Wrestling started at 157 pounds and the Bobcats struck first, claiming a high-scoring bout with lots of action as 20th-ranked Zac Carson edged Jake Keating (Naperville, Ill.) in a 14-13 decision.

The Cavaliers went to work from there, claiming seven consecutive weight classes to capture the dual victory.

Cam Coy (Jeannette, Pa.) got things started as he rallied for a decision with a late takedown for a 5-4 decision at 165 pounds. It was followed by the pin from Patrick at 174 pounds as Virginia moved vaulted into the lead on Ohio.

Chance McClure (Commerce, Ga.) then ground out a win at 184 pounds, using an escape point in the second period and riding out the third after starting in the top position to take a 2-0 decision for the Cavaliers. Aiello, the eighth-ranked wrestler at 197 pounds, followed that up with a major decision – the second of four bonus-point wins on the day for Virginia.

Tyler Love (Clifton, Va.) put together another late rally for the home team, notching a takedown in the third period that sealed a 6-5 decision over Ohio’s Zack Parker.

Mueller, the fifth-ranked wrestler at 125 pounds, turned in a 9-1 major decision with his only point surrendered as he cut his opponent for a chance to score again and secure bonus points for his team. It was followed up by the forfeit at 133 pounds for Hayes as Virginia locked up the dual.

Ohio claimed the final two weight classes with decisions at 141 and 149 pounds for the final margin of victory.

Virginia will return to action on Saturday (Jan. 26), opening ACC competition on the road at No. 17 North Carolina. The dual with the Tar Heels is set to begin at 6 p.m. and will be streamed on the ACC Network Extra.