College Football Week One: Loaded with regional games of interest 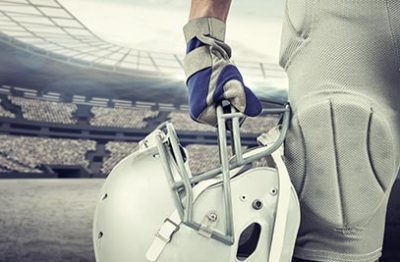 At the onset of college football season area fans get an intriguing lineup of matchups.  Super power Clemson will get things started with a Thursday night prime time matchup against Georgia Tech.  Specifically, Clemson is expected to be around a four-touchdown chalk at CashBet Sportsbook. Meanwhile in week one Saturday action Virginia Tech has a tricky home opener against Liberty.  Maryland will feast on a 1-AA creampuff Towson.  Florida State is at West Virginia in what looks like a tossup.  While Atlanta will host a Monday prime time matchup between Virginia and Georgia.

Of course, the Tigers have won and played in two of the last four national championship games.  Head coach Dabo Swinney has recruited at an unsurpassed level.  Junior quarterback Trevor Lawrence is back with start running back Travis Etienne.  Additionally, Clemson’s defensive front four may be the country’s best.  Second year head coach Geoff Collins will continue his Georgia Tech rebuild.  Collins scrapped the long-standing option offense for something more compatible with top teams.  Previously Tech recruited option offense style players for a decade.  Which made a quick rebuild impossible.  Yet the Tech coach has been well received in patient the Atlanta area.

Virginia Tech head coach Justin Fuente begins his fifth season in Blacksburg.  So far Fuente’s College Football betting results have been underwhelming.  Tech has gone 14-12 the past two seasons and finished unranked.  That is not what Fuente was hired to do as Frank Beamer’s replacement.  More emphatically is the fact that Fuente has fallen far short of expectations in recruiting.  Liberty was led to its first ever bowl game under new head coach Hugh Freeze in 2019.  Freeze will bring considerable offensive creativity for this matchup.  Counter to that are fears of more plodding by the Hokies.

Head coach Mike Locksley led Maryland to a 79-0 win over 1-AA Howard in his 2019 debut.  As a result, sites for betting college football were fooled into thinking Maryland was ready to emerge.  Maryland deteriorated from there to finish 3-9 after going 5-7 in 2018.  Compared to D.J. Durkin, Locksley has the credibility with recruits and fans to eventually succeed.  Just not anytime soon.  In turn this matchup is one where Locksley should be able to empty his bench.

Florida State ushers in a new era as Mike Norvell takes over the program after three lost seasons.  Even so most observers believe that the cupboard is rarely empty in Tallahassee.  Norvell arrives after leading Memphis to the most successful era in school history.  Correlate how that success made him the most sought-after coach in the country.  Norvell’s biggest challenge will be to turn around a mindset and culture mired in mediocrity.  At the age of 38 he has the opportunity to build a legacy.

Namely James Blackman is the type of quarterback that can trigger a Florida State renaissance.  Job one will be for Norvell to facilitate a cutdown in turnovers by Blackman.  The junior has already thrown for 5079 yards and 41 touchdowns.  But those 23 interceptions are what must be eliminated.

West Virginia is never an easy place to play.  First year coach Neal Brown took over a rebuilding project to go 5-7 in 2019.  In view of the challenges he inherited Brown will be given time to remake the program.  Dana Holgorsen got out while the getting was good.

In 2019 Bronco Mendenhall took Virginia to the ACC championship game and Orange Bowl.  Regardless his team was proven to not be ready for primetime.  And that is likely to remain the case against SEC power Georgia.  Of great concern is the recruiting and talent disparity between the two teams.

Although it is true that Virginia is likely to have a tough opener Mendenhall continues to move the ball.  Equally important was a landmark win over rival Virginia Tech.  Such signature wins are how programs progress to greatness.  He has the program on track for bigger and better accomplishments.