College athletics is broken: You’ll hate my ideas for fixing it 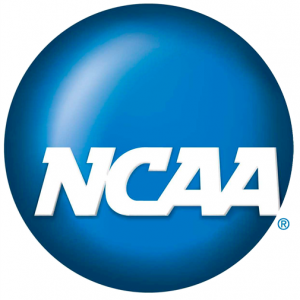 Sean Miller is nowhere near the first coach to talk about money for a top prospect. He’s just the first to have the FBI leak to ESPN that they have him on a wiretap.

College sports isn’t just now broken; it’s been broken since Amherst and Williams played the first college baseball game back in 1859, and not long after coaches started getting the idea that, hey, I wonder how much that leadoff hitter might want to come play for our side?

I’ve been setting myself up as a target for fans who, lucky for me, like what I have to say about games, previewing what’s going to happen, breaking down what just happened, and the rest, but don’t like so much that I think the solution to the problem of dirty money in college sports is to launder it, by paying college athletes from the billions generated by the big TV contracts, tickets, memorabilia sales and the like.

I don’t see this as a one-trick solution, though – that you just pay athletes and, boom, the problem goes away.

What I think needs to happen is a comprehensive reform, beginning with a frontal attack on the outdated notion of amateurism that only the NCAA perpetuates.

Not paid: the guys and gals we’re there to watch. You can’t even take them out for ice cream after a big win without the idea that an NCAA violation might somehow take the cherry off the sundae.

If you’re among those who think I’m off base here, you’re likely to respond by pointing out that the kids don’t play for free; they get tuition and room and board, after all.

I’d concede that point, except: how many kids are steered into courses of study that make it easier for them to maintain the busy schedule of training, practices and games that comes with being a college athlete?

Two of my hallmates first-year at the University of Virginia in the early 1990s were baseball players, and this was a decade before UVA baseball was what it was to become under Brian O’Connor. This was eighth-place in the eight-team ACC UVA baseball.

My suite was the one with the Nintendo, and one morning, the guys were in our living room playing the old RBI Baseball game, right before final exams.

Steve, a starting pitcher, told Shawn, the starting center fielder, that he didn’t know when his exams were.

“Dude, I don’t even know what classes I’m f—ing taking,” was the response back.

This goes on at every school, from the UVAs, Stanfords, the Dukes – where Mike Krzyzewski has sold his legacy to chase titles with one-and-dones – on down.

If we’re going to pretend that the compensation for athletes is tuition, the degrees that they are expected to be making progress toward need to have value, is what I’m saying here.

Easier said than done, that. The money that comes from the TV networks, in particular, requires mid-week travel across conference geography that is far expanded from what it was even 20 years ago.

Top-ranked Virginia, for instance, has a game tonight, as I’m writing this piece, at Louisville. Fly down the evening before, fly back after the game, meaning you miss classes on Thursday, and if you have a class on Friday, hope it’s not an 8 a.m.

My count, this is the seventh mid-week road game this season for UVA, which is great for the folks at ESPN, who get programming every night of the week, then all day on the weekends, not so much for the kids.

Football, at least, is played on Saturdays, except that it isn’t anymore, with ESPN moving games to Thursdays, Fridays, even some non-Power 5s on Tuesdays and Wednesdays.

And we pretend that they’re student-athletes. There’s a reason so many of them major in eligibility, taking easy courses toward easy majors that will do them absolutely no good when their four years are up.

And then we also pretend that they need to be ascetics at the same time, suffering for their art, and for our amusement, in the process, while literally everybody else in the gym or in the stadium is getting paid, and most paid well.

The Power 5s at least are making moves toward acknowledging the hypocrisy, moving back in 2015 to provide stipends for cost of attendance to athletes, though the amounts of money being transferred, up to $5,000 per student-athlete per year, are a mere pittance.

Twenty-five college programs bring in more than $95 million in annual revenues; the cost of attendance line items in their budgets runs between $500,000 and $1.5 million.

I have a feeling that many of you reading this far still think I’m crazy, and I understand. We don’t want to see what’s behind the curtain, because when you think about it too much, it’s hard to watch the game tonight or this weekend and root for the good guys knowing how messed up the whole operation is behind the scenes.

I tell you, I’m there with you, in spirit. Both as a fan and as a media guy who spends way too much time thinking, talking and writing about college sports, it’s disconcerting, at the least.

I throw my ideas out there because I don’t want it to go away, and I’m afraid that this most recent scandal involving the FBI, Sean Miller, coaches and players across the landscape, might take us somewhere we ultimately don’t want to go.

To me, fixing basketball can be relatively simple: no more one-and-dones, allow guys to declare for the NBA out of high school, and if they go to college, they’re there for three years, as is the case with baseball, and the NFL, to a degree, which doesn’t let anybody in its draft process until the kid is three years past high school.

Two, then, the NBA repurposes its G-League to be what it was supposed to be, a developmental league, to give both the one-and-dones and other top talents who have no interest or desire to be college students to develop in a professional environment.

Do those two things, and college coaches still have access to a pool of players who are talented, coachable, and want to be in college.

I don’t foresee any possibility that schools, conferences and TV networks get rid of mid-week games that pull kids out of class, but what about thinking through some changes to the eligibility process that make it easier for kids to continue progress toward meaningful degrees, like maybe stretching out their grants-in-aid past their eligibility, and coupling that with relaxed requirements for what it means to be considered to be making progress toward a degree?

No offense to those reading who have degrees in psychology and sociology, but we all know that those degrees don’t have a lot of value without graduate degrees backing them up.

Being Johnny Football has a certain cachet, certainly, but I think we can all agree that there have to be better ways for former athletes to make a living than signing autographs and giving motivational speeches.

Meaningful degrees, compensation for athletes, better defined relationships between the NCAA and the pro sports leagues, these are all needed steps to cleaning up this mess.

Even saying that, yes, I concede, there will always be people who will want to figure out ways to game the system. As the old saying goes, you can’t legislate morality.

For me, this seems like a ripe time to fix everything else that’s wrong with college athletics, and in so doing, we will at least make progress toward ridding it of the rampant cheating.