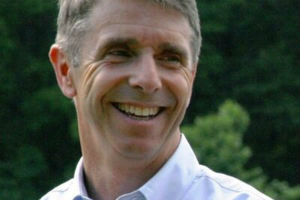 “Your actions in recent weeks to undermine our citizens’ confidence in the results of the November 2020 election and your attempt to not seat our duly elected president are beyond the pale. Your willingness to consistently lie to your constituents about those election results is unconscionable. You have proven yourself woefully inadequate to carry out your Congressional duties and are therefore unfit for elected office,” the letter begins, and, yes, it gets better.

Read the letter in its entirety here.

This after Wittman had signed onto the Texas lawsuit alleging that officials in Georgia, Michigan, Pennsylvania and Wisconsin unfairly changed their voting laws to prevent President Donald Trump from securing a second term.

And then yesterday, Wittman voted against sending articles of impeachment against President Trump to the Senate, splitting hairs in a statement in which he tried to say his vote “in no way means I agree with the president’s actions and statements leading up to the storming and illegal entry of the Capitol building, but I believe impeaching the lame-duck president before the peaceful transition of power occurs will only further inflame emotions and further divide the nation.”

Wittman has represented the First District in Congress since winning a 2007 special election.

He was just re-elected in November, defeating Democrat Qasim Rashid with 58.2 percent of the vote.

The First District was by far the least pro-Trump of the four congressional districts that went in favor of the president in the 2020 election – giving Trump 51.3 percent of its votes, for a narrow 19,863-vote margin over Democrat Joe Biden.