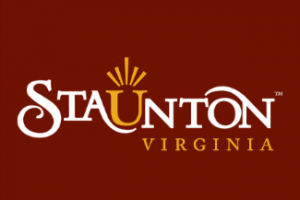 Staunton Zoning Administrator Rodney Rhodes has approved a certificate of appropriateness to remove the neon sign that sits on the Stonewall Jackson Hotel’s main rooftop.

In reaching the decision to issue the certificate, the zoning administrator was guided by the city’s long-established practice for city staff to review and administratively act on COA applications for signs in the city’s historic districts without submission to the entire Historic Preservation Commission, as permitted by the Staunton City Code.

Staff did make members of the City’s Historic Preservation Commission aware of the application.

It also is a matter of practice that staff invite the external expert input when considering applications. In this case, Frank Strassler, an expert in historic preservation with the Historic Staunton Foundation, as part of the established process analyzed the application and submitted a written briefing and recommendation before Rhodes acted on the application and approved the COA.

Based on his review and analysis, Strassler noted the following regarding the significance of the sign:

Strassler recommended that the COA be approved for the removal of the roof-top mounted neon sign and steel support structure, noting:

In addition, Rhodes determined the existing sign to be a nonconforming structure in that it does not conform to the zoning regulations of the applicable zoning district.  Roof-mounted signs and signs with exposed bulbs or external illumination are prohibited in the Business District, the zoning district in which the hotel is located.

The issuance of a COA does not confer approval from any other local, state or federal authority that may have jurisdiction in the matter. And it does not address anything other than the removal within the context of the historic preservation provisions of the Staunton City Code.