Chris Graham: Everybody is a genius on the internet 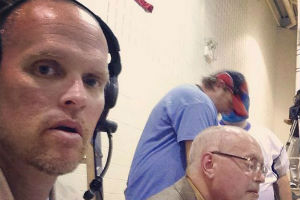 A friend texted me after the AEW “All Out” pay-per-view to tell me about how fans were upset with how the show played out.

Come on, that main event? And that match with Jericho and Orange Cassidy?

And, why not have Cody lose the TNT belt to Brodie Lee on the pay-per-view, instead of on free TV?

My first thought: yeah, everybody on the internet thinks they should be the booker.

And then it hit me: it ain’t just with pro ‘rasslin that this is an issue.

Wrestling fans are notorious for bellyaching about how they’d have had the main event go this way, the tag-title match end that way.

But they’re not alone in thinking they know better.

Everybody on the internet also thinks they should be the coach.

Man, if I was the coach, I’d have gone deep on second-and-1.

What are they doing running the ball?

As if playing “Madden” in the basement somehow makes you more qualified.

Everybody on the internet also thinks they should be president.

Man, if I was president, I’d bomb the shite out of whoever it is internationally bugging us at the moment.

Seriously, nuke ‘em back to the Stone Age.

It is that easy.

None of you are qualified to be president, a college football coach or a wrestling booker.

I know you’re itching to @me.

Sure, the rest of those chuckers, they’re idiots, but me, I …

Chris Graham is the editor of Augusta Free Press. And he gets it, that you would have done it better.