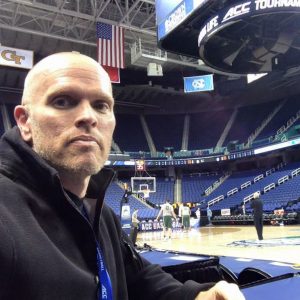 My 2017-2018 All-ACC Ballot is signed, sealed, delivered. Caveat: this is what I see, not what I predict will be the teams. I say that because it is entirely possible that the Virginia team that won an ACC-record 17 regular-season games will not get a player on the All-ACC first team.

Admittedly, I struggled with putting Kyle Guy on my first team. Ultimately I went there because Guy has been the focus of opposing defenses from game one as Virginia’s top offensive weapon, and he has evolved into a top-flight defender (ranked sixth in the ACC in defensive rating).

Actually, maybe Bennett isn’t so obvious. Brad Brownell took Clemson from preseason 13th in the media voting to a third-place finish, and Kevin Keatts at NC State took a team that had just gotten its coach fired to the doorstep of an NCAA at-large bid.

I’m going Bennett because he took a team unranked in the national polls and forecast sixth in the preseason media voting to a #1 national ranking for what will be a fourth week on Monday and the aforementioned conference-record 17 regular-season wins.