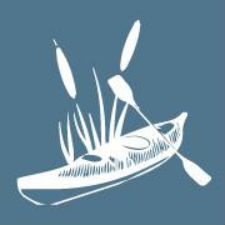 “While millions of people around the world enjoy watching the stars of our wildlife webcams, we must remember that restoring the health of the species’ habitat – the Chesapeake Bay – is our common goal. Through hard work and education throughout the watershed, we’re now seeing signs of progress,” Chesapeake Conservancy President and CEO Joel Dunn said. “Just last week, the Chesapeake Bay Program released preliminary data showing an all-time high in Bay water quality from 2015-2017. We can’t slow down, now is the time to keep our efforts to restore the Chesapeake moving forward so our progress is not lost.”

Viewers of the Baltimore Peregrine Falcon Nest Cam will see that stars Boh and Barb already have 4 eggs to take care of at their home in downtown Baltimore, on the 33rd floor of the Transamerica skyscraper. This building, located at 100 Light Street, has been a nesting site for peregrine falcons for more than 35 years and has been a key component in the species’ recovery. While many peregrine migrate for the winter, Boh and Barb remain in Baltimore thanks to the plentiful food source, hunting other birds such as pigeons, starlings, and jays.

Last season, Boh and Barb hatched four eyasses (falcon chicks) with all four growing up to fledge in the late summer. Fans voted to name the eyases Scout, Squirt, Kalani, and Wally.

Found on every continent except Antarctica, peregrine falcons (Falco peregrinus) are one of the best-known conservation success stories and are believed to be the fastest bird in the world, traveling up to 200 mph during hunts. These amazing birds have recovered from near eradication in eastern North America, now making many large cities and coastal areas their homes. After a drastic population decline from 1950-1970 due to pesticide poisoning, peregrine populations have rebounded due to a large-scale captive breeding and release program.

The Osprey Cam shows the daily lives of Tom and Audrey, an osprey couple living on Kent Island, at the home of the “Crazy Osprey Family,” whose generosity and hard work make this cam possible.

Audrey returned to the nest on March 18, 2019, and Tom returned on March 25, 2019. Last year, Audrey laid the first egg on April 12, 2018, and they raised two chicks. Viewers named the two Meghan and Harry (after the new Royal couple). When the chicks were banded by Craig A. Koppie, a raptor biologist with the U.S. Fish and Wildlife Service, he discovered that both chicks were female, and thus Harry became Harriet.

In 2016, Tom and Audrey were featured in photo documentary entitled Inside an Osprey’s Nest. Authors Craig. A Koppie and Teena Ruark Gorrow photographed and documented the story of the osprey couple’s 2015 season, in which Koppie successfully introduced two foster chicks into the nest. The book is available on the Chesapeake Conservancy’s website. When purchased from this website, $10 will be donated to the Conservancy. Tom & Audrey’s fans also enjoy a blog written by the Crazy Osprey Family, a link is provided from the Conservancy’s website.

Found on every continent except Antarctica, osprey (Pandion haliaetus) are one of the Chesapeake’s most amazing birds for several reasons. They migrate thousands of miles each year to and from Central and South America, mate for life, and return to the same spot year after year, despite spending the winter apart from each other.

After an almost 90% decline in population from 1950-1970, osprey populations have rebounded due in large part to conservation efforts and the banning of DDT. Osprey can be a valuable indicator species for monitoring the long-term health of the Chesapeake Bay because their diet consists almost entirely of fish and they are sensitive to many environmental contaminants.

The Great Blue Herons cam features a rookery (colony) on Maryland’s Eastern Shore, originally funded in 2016 through donations from fans to a GoFundMe campaign as well as sponsorship from Waterfowl Chesapeake. The property where the webcam is located hosts anywhere between 10 and 12 nests with up to 50 heron at its peak. The two featured herons from one of the nests are ‘Rell’ and ‘Eddie’. In 2018, the pair had laid four eggs which all successfully hatched. While two chicks passed away, the surviving two were named ‘Azure’ and ‘Woodstock’ who fledged in late June and early July.

According to the Chesapeake Bay Program, these tall, bluish-gray wading birds with long, pointed bills and graceful, S-shaped necks live year-round in marshes and wetlands throughout the Chesapeake Bay region and are also found on freshwater lakes, ponds and impoundments. The great blue heron grows to 4 feet tall with a 6 to 7 foot wingspan. Despite its large size, its hollow bones allow it to weigh only 5 to 6 pounds. The great blue heron eats mostly fish, but will also feed on insects, amphibians, crustaceans and other small animals. It silently stalks its prey in shallow waters, and then plunges its bill into the water to capture it. It will spend about 90 percent of its waking hours hunting for food.

All three webcams can be viewed at