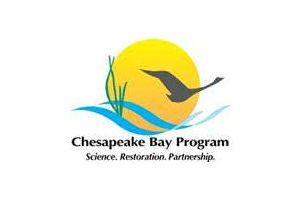 The blue crab population in the Bay—which varies naturally from year to year—decreased from 594 million in 2019 to 405 million in 2020.

The report, released on Wednesday, includes expert analysis of data from the annual Bay-wide winter dredge survey (released earlier this year by the Maryland Department of Natural Resources and Virginia Institute of Marine Science) and harvest estimates from recent years to provide an in-depth picture of the Chesapeake’s blue crab population and to make suggestions for any needed changes to regulations.

In the Chesapeake Bay, the blue crab fishery is managed by the Maryland Department of Natural Resources, Virginia Marine Resources Commission and Potomac River Fisheries Commission. Each jurisdiction sets its own regulations. Decision makers and resource managers in each area refer to the Blue Crab Advisory Report as they make any changes to regulations.

To ensure continued resiliency of the population, resource managers focus on maintaining a robust stock of female crabs. The estimated population of 141 million female blue crabs in 2020 was a decrease from 191 million in 2019. This number is above 70 million, which is the minimum acceptable level for female blue crabs in the Bay, but lower than the target of 215 million. In the 2019 blue crab fishing season, 17% of all female crabs were harvested—safely below both the target (25.5%) and threshold (34%) levels for the twelfth consecutive year.

The juvenile blue crab population—crabs that will grow to harvestable size this fall—was estimated to be 185 million, down from 324 million in 2019 and below the long-term average of 224 million. The number of crabs that die in between fall and spring (often due to cold and/or freezing water temperatures)—the overwintering mortality—was 0.36%, likely due to the warm 2019-20 winter. This is the lowest overwintering mortality rate observed since 1996; the average is 4.53%.