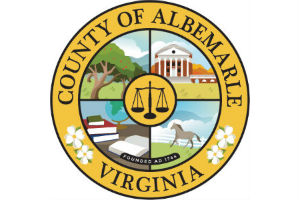 The At Ready statue largely escaped controversy in Charlottesville, unlike the nearby equestrian monuments of Confederate Gen. Thomas “Stonewall” Jackson – the site of a July 8, 2017 Ku Klux Klan demonstration – and of General Robert E. Lee – the flash point for the deadly Aug. 12, 2017 Unite the Right rally.

Nicknamed “Johnny Reb,” the Confederate soldier statue’s location at the county courthouse makes it subject to the Albemarle County Board of Supervisors.

“Confederate statues have been a source of trauma and a reminder of hate for too long. I am glad to see Albemarle County joining others in removing these glorifications of racism,” said Matthew Christensen, an Albemarle County racial justice activist who launched the October 2018 petition to remove Johnny Reb.

Local elected officials did not possess the authority to decide how to dispose of Confederate monuments due to state law. A potential legislative remedy was quashed in the 2019 session of the then-Republican-dominated Virginia General Assembly.

Take ‘Em Down Cville activists traveled numerous times to Richmond, where they attended hearings, offered public comment, and lobbied members of the Virginia General Assembly to rescind a 104-year-old state law that prohibited the removal of war memorials.

A bill introduced by Del. Sally Hudson (D-Charlottesville) passed both chambers in March, and in April, it was signed into law by Gov. Ralph Northam.

As soon as the new law took effect on July 1, the Albemarle County Board of Supervisors began the process which led to their unanimous Aug. 6 vote to remove Johnny Reb. By that time, during a summer marked by nationwide racial justice protests that featured demonstrators pulling down racist statues, local opinion had crested in favor of removal.

Calling it “a racist symbol of the restoration of white supremacy,” the Albemarle County prosecutor declared that “Johnny Reb has got to go,” while the local bar association passed, by an overwhelming majority, a resolution stating that “the Memorial’s presence on the Courthouse grounds conflicts with the promise of equality under the law.”

“Confederate statues venerate the defenders of slavery, and the Confederate veterans who had Johnny Reb installed outside the courthouse were the same people who were fighting against equal rights for African Americans inside the courthouse and inside the statehouse,” said Jalane Schmidt, co-founder of the advocacy organization Take ‘Em Down Cville, an affiliate of the statewide Monumental Justice Virginia coalition.

Long-time Albemarle County resident Frank Dukes, a Take ‘Em Down Cville activist and former member of Charlottesville’s 2016 Blue Ribbon Commission on Race, Memorials and Public Spaces insists that “white supremacy must be confronted wherever it exists.”

“We hope that the removal of this racist symbol will inspire further commitment and action to end racial disparities and promote racial equity in the County and throughout Virginia,” Dukes said.