Characteristics of bitcoin as a digital currency 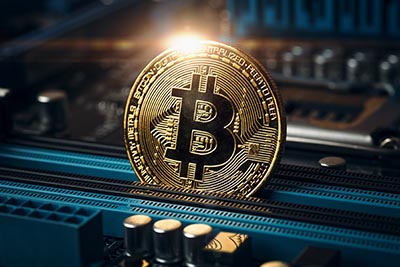 To survive and replace any formal currency, any digital currency must have some properties that make it different from others, usable, and attract people to adopt it. Bitcoin has almost all of these qualities that make it more attractive and adoptive for investors and traders and even an average person likes to use it.

Independence of BTC as a currency

As an ideal cryptocurrency, it must be independent, which means that it must not be under the control of any person, government, or authority so that it cannot be duplicated, scammed, or overprinted, which causes devaluation and the user must have the freedom to use it in anywhere and anytime without limits.

Bitcoin is not controlled by any authority, state, or government, but rather it is managed by the user. The uniqueness of bitcoin is that it is so powerful that its transactions are verified by a complete process called blockchain, and no third party or any authority has any participation in the transactions made by BTC users, so it is completely under the control of its owner, and only he has the authority to use it as he wishes.

Borderless use of Bitcoin as currency

To be a universal and more adoptable digital currency, it must be used worldwide, being an independent currency, Bitcoin does not have any nationality, a specific rigen or a specific country, so it can be easily used and exchanged across borders just like gold, even better than gold. because to use the gold you have to carry the gold to exchange it with the local currency,

while to use or exchange bitcoin you do not need to physically carry it because it is a digital currency that you only need to access any mobile or laptop and the Internet, now it is more easy because many countries now have Bitcoin ATMs that allow the user to change the currency, to learn more about Bitcoin visit bitcoin profit.

Bitcoin is an apolitical currency because it did not support or favor any special group of people or system that is one of the main characteristics of any currency to change the monetary system of the world, it is the first most digital currency in the world that is completely decentralized and anyone In the world can buy it, have it, possess it or receive it and the owner has all the rights to use it freely wherever he wants to spend it or use it.

It is not under the rule of any political oppression, dictatorship or any type of hyperinflation, which makes it a safe financial asset for anyone in the world under any type of circumstances or conditions, having a limited amount that will never change, and no one knows when the last one will be created and at what rate, decentralized currency is very important for people living in developed countries because they want to invest in what they do not need to worry about or need any special system to ensure it. and must be under the full control of their own.

Reason to have Bitcoin

When we talk about an entirely controlled currency, we listen the fiat currency is completely controlled by the central banks, which is not correct because it is basically controlled by the governments that allow them to manipulate the currency and its value by printing more bills that devalue it, because governments spending is more than what they get from taxes, so they print more money and put it on the market and decrease the value of every bill already on the market, so if you have $ 100 after print new banknotes, its value will be equal to 90 or 80 dollars, so the things you buy now with $100 cannot be bought after a period of time.

Countries with a weak economic situation printed so much money to cover their expenses that citizens could not spend their money before the devaluation, it happened so many times in different countries as a result, the whole system failed and people started looking for an alternative. because everyone has the right to use their money freely while governments ruin their freedom and value of money while Bitcoin cannot be printed or duplicated due to its complicated production system that makes it more valuable than the formal currency.