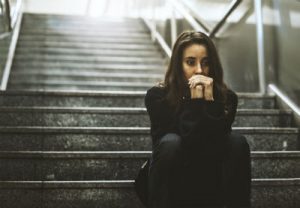 A CDC mental health survey conducted in June reports that one in 10 of us had seriously considered suicide in the previous 30 days.

The numbers come from a Morbidity and Mortality Weekly Report put out by the CDC.

The survey, conducted the week of June 24-30, was designed to gauge the impact of public health measures meant to address COVID-19.

Overall, 40.9 percent of respondents reported at least one adverse mental or behavioral health condition, including symptoms of anxiety disorder or depressive disorder (30.9 percent), symptoms of a trauma- and stressor-related disorder (TSRD) related to the pandemic (26.3 percent), and having started or increased substance use to cope with stress or emotions related to COVID-19 (13.3 percent).

At least one adverse mental or behavioral health symptom was reported by more than one half of respondents who were aged 18–24 years (74.9 percent) and 25–44 years (51.9 percent), of Hispanic ethnicity (52.1 percent), and who held less than a high school diploma (66.2 percent), as well as those who were essential workers (54.0 percent), unpaid caregivers for adults (66.6 percent), and who reported treatment for diagnosed anxiety (72.7 percent), depression (68.8 percent), or PTSD (88.0 percent) at the time of the survey.

Suicidal ideation was also elevated; approximately twice as many respondents reported serious consideration of suicide in the previous 30 days than did adults in the United States in 2018, referring to the previous 12 months in that particular survey (10.7 percent versus 4.3 percent).