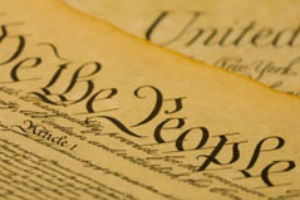 The Trump administration published rules today stripping key provisions from the Endangered Species Act regulations. The changes will limit protections for endangered and threatened plants and animals and lead to federal officials using economic considerations when determining whether endangered species and their habitats are protected.

The Chesapeake Bay and its 64,000-square-mile watershed provide critical habitat to 113 animals and 46 plants protected by the Act. Those animals include the Atlantic Sturgeon, several species of freshwater mussels, and the leatherback sea turtle. These animals and plants depend on clean water and healthy ecosystems to enable their populations to rebound.

In response to the rule changes, the Chesapeake Bay Foundation’s Vice President of Environmental Protection and Restoration Lisa Feldt issued the following statement:

“Climate change is already impacting the future survival of threatened and endangered species in the Chesapeake Bay and its watershed. The administration is weakening protections for these plants and animals as it seeks to rollback regulatory programs that will inevitably hasten climate change.

“The Chesapeake Bay Foundation will continue to fight these changes to the Endangered Species Act regulations as well as the Administration’s other efforts to strip key environmental protections. We are at a critical time in our history. The federal government’s priority should be on fixing and preserving the natural environment, not weakening the protections that are in place.”