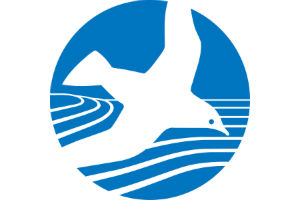 The House of Representatives has passed the Environmental Protection Agency’s budget. Instead of decreasing funding for the Chesapeake Bay Program by 90 percent, as the Trump Administration proposed, the House increased funding from $73 million to $85 million.

The Bay Program coordinates the science and modeling that drive restoration efforts, provides grants to states to support the work, and funding to put practices on the ground that reduce pollution. Additional funds would be used to expand grant programs—one that improves water quality and habitat in small, local waterways, and a second that supports innovative and market-based approaches to reducing pollution. In addition, funds will be used to assist local governments in reducing pollution and provide increased assistance to priority watersheds that will provide the most cost-effective pollution reductions.

“This is good news for Chesapeake Bay restoration efforts, the local economies that the Bay supports, and those of us who treasure this amazing resource. The Chesapeake Bay Program is the glue that holds the multi-state clean-up effort together and provides essential oversight to ensure that all are doing their part.

“Under the leadership of the Bay Program, we are making progress. Over time the dead zone is getting smaller, Bay grasses are rebounding, and oyster restoration is underway.

“Since President Ronald Reagan singled out the importance of restoring this national treasure in his 1984 State of the Union Address, Bay restoration has had strong bipartisan support. The Chesapeake Bay Foundation thanks Majority Leader Hoyer, Congressmen Dutch Ruppersberger and Matt Cartwright, and the Bay Task Force led by Congressmen Bobby Scott, John Sarbanes and Robert Wittman along with the many members of the Bay delegation who advocated for and supported this critical investment. CBF looks forward to working with the Senate to make this critical funding a reality.”