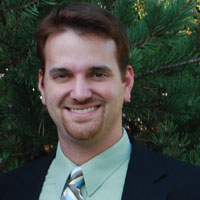 News of an announcement from county resident David Karaffa regarding his intent to run for the Augusta County Board of Supervisors means the 2011 campaign season is officially under way in Augusta County.

Karaffa said in a news release on Wednesday that he will formally announce his candidacy for the Beverley Manor seat on the Board of Supervisors at a Saturday news conference at the Augusta County Government Center in Verona.

Karaffa is a cardiac intensive care nurse at Augusta Health in Fishersville. He and his wife, Katherine, have two children and live in Stuarts Draft.

Karaffa’s entree into the local political scene came in 2009 when he ran for the 20th House District Republican nomination after the retirement of State Del. Chris Saxman. Former Staunton City Council member Dickie Bell ultimately won the nomination and the general election that November.

Jeremy Shifflett is the incumbent supervisor representing the Beverley Manor District, which covers a wide area of the county surrounding the City of Staunton largely to the city’s south and east. Shifflett was elected by fellow Board members this week to a one-year term to serve as the Board’s chairman.