Can the Falcons get 8 wins this season? 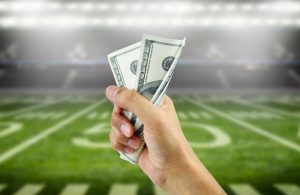 The Atlanta Falcons had some of the worst injury luck of any team in the NFL last season The debilitating rash of injuries sent them on their way to a 7-9 season. It looked like for sure Dan Quinn’s job was in major jeopardy but Atlanta finished incredibly strong and won six of its final eight games. The big question for Falcons fans out there is can they outpace their NFL over under line, and win 8 games in 2020?

The Falcons hope some of that momentum can carry over into the 2020 season. The injuries were particularly killing Atlanta’s secondary early in the season with Desmond Trufant, Robert Alford and Keanu going down. Losing 75 percent of the starting secondary was tough to go along with a pass rush that did not have much juice.

The Falcons hope to solve their pass rush problems with the big addition of Dante Fowler Jr, who had 11.5 sacks for the Rams last year. Grady Jarrett is still one of the best interior pass rushers in the NFL and should for a nice combo with Fowler. Deion Jones is one of the top all-around middle linebackers in the NFL, and his speed alongside Deone Bucannon should be great in helping to cover the middle of the field.

Neal’s return should be big for the secondary while Atlanta hopes first-round pick A.J. Terrell can take the place of Trufant and 2018 second-round pick Isaiah Oliver steps up. Atlanta’s defense was 24th in the NFL with 5.8 yards per play allowed and ranked 20th in Football Outsiders defensive DVOA.

The injuries last year definitely makes Atlanta a team to look at this year with some value to at least be a team that finishes with eight wins. The offense should be fantastic with Matt Ryan having two elite receivers to throw to in Julio Jones and Calvin Ridley. Hayden Hurst should not be much of a downgrade from Austin Hooper at tight end despite the gaudy numbers Hooper put up last year, and it can be a breakout season for Hayden.

Todd Gurley was also added at running back, and he can still be a force running behind a much better offensive line than he had with the Rams if he can stay healthy. His knee will always be a concern for the remainder of his career. Offensive coordinator Dirk Koetter has never been a coordinator to establish the run anyways. With Jones and Ridley at his disposal, expect a pass-happy attack. With the addition of Gurley we have a feeling that the NFL public betting will start to shift on the Falcons. Last year the public was heavily against the Falcons, but this year we may start to see that trend to switch?

The problem for Atlanta  comes with a tough schedule that includes road games at Dallas, Green Bay, Kansas City and Minnesota and four games against Tampa Bay and New Orleans. There are also still question marks about just how good of a defense the Falcons can be.

If you are betting on the NFL this season make sure you know which side the NFL experts are betting each week, and if you want to play for free you can take advantage of a sportsbook bonus from a local book near you.

Story by Matt B.