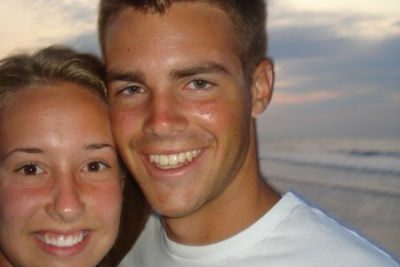 Local, state and federal law enforcement are hopeful that a new website and $100,000 reward will generate renewed interest and additional information related to the 2009 murders of two Virginia Tech students.

Childs, of Bedford County, Va., and Metzler, of Campbell County, Va., met through their church youth group while in high school, but didn’t start dating until attending Virginia Tech (VT). Both were just weeks into their sophomore year at VT when the two headed to Caldwell Fields in David’s navy 1992 Toyota Camry that Wednesday night in 2009. Investigators have determined that it was sometime between 8:25 p.m. and 10 p.m. on Aug. 26, 2009 that both teenagers were shot and killed. David’s guitar, which he had brought along to play that night, was still in the car; but Heidi’s purse, credit cards, VT ID and lanyard, camera, and cell phone were gone and are still missing. Their bodies were discovered in that same parking lot early the next morning, Aug. 27, 2009, by a man walking his dogs.

“We have specific individuals we are interested in and pursuing related to this case,” said Lt. Colonel Tim Lyon, Director of the Virginia State Police Bureau of Criminal Investigation. “We have an extensive inventory of evidence collected from the scene and from vehicles seized during the course of the investigation. We have DNA, and are working to take advantage of 10 years-worth of technological and scientific advancements in DNA testing and criminal databases. We have new leads still coming in that we are pursuing. But we still need the public’s help to fit all of these pieces and parts together to bring justice to Heidi, David and their families.”

Those interested in learning more about Metzler, Childs and the investigation are encouraged to go to the new website established for this case at vspunsolved.com.  This will be a site with continually evolving content. The Website features photos, a video tribute, and more information about this case. There is a section dedicated to receiving online tips from the public and tipsters can remain anonymous if they choose.  Tips can also be received by phone at 540-375-9589.

Thanks to the support of the community, Virginia Tech and, most recently, the FBI, the reward being offered for any information that leads to an arrest(s) in the murders of Metzler and Childs is now up to $100,000.

“The FBI is committed to devoting investigative resources to this investigation,” said Special Agent in Charge David W. Archey, FBI Richmond Field Office. “Today we augment those efforts by contributing $28,000 towards the reward, increasing the total to $100,000; hoping it will generate additional valuable information for investigators.”

“It’s been 10 years. It’s time to come forward and let these families find some sense of peace. Heidi’s parents and siblings, David’s parents and siblings, their friends have all been held hostage long enough. Now’s the chance to share whatever details, suspicions, odd behavior, and/or information anyone has in connection with these unsolved murders,” continued Lyon.