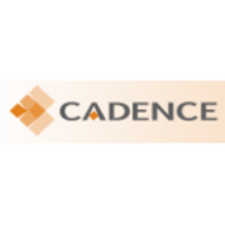 Cadence Inc. announced unaudited results for first nine months of 2015 including a 20% increase in revenue compared to 2014 to $65.5 million.

Earnings per share increased 1% over prior year to $2.44 per share for the nine month period.  Earnings before interest, taxes, depreciation and amortization (EBITDA) were up 5% to $11.5 million.  2015 results included 9 months from the acquisition of Plainfield Precision Holdings locations in Sturgeon Bay, WI, Plymouth, MA; and Santo Domingo, Dominican Republic completed in August 2014 compared to only 2 months in 2014 numbers.

With the expiration of the R&D tax credit at the end of 2014, Cadence is accruing estimated taxes at a rate assuming the current tax laws remain in effect for all of 2015.  If the R&D tax credit were to be extended by Congress and reinstated to January 1, 2015, Cadence estimates its Earnings /share would be $.15/share higher in the first 9 months of the year.