Bud Foster: Is he really done with football? 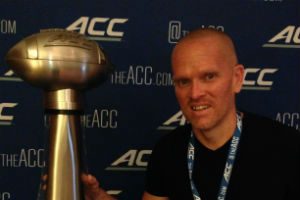 Bud Foster isn’t really going to let himself get kicked upstairs at the end of the 2019 Virginia Tech football season.

Foster is 60 years old. Has a lot of football left in him.

I understand why he and Virginia Tech handled the announcement that he won’t be back after this season the way they did.

His contract was up at the end of the year. You have to suspect that both he and head coach Justin Fuente – and maybe even athletics director Whit Babcock – were all looking to move on from the current arrangement.

That being the case, then, you don’t wait until the end of the season to announce the breakup.

You do that, and if the season goes south, like things did for Tech in 2018, and it looks like a firing.

Or, you do it, and 2019 is a turnaround season, and it just makes Fuente and Babcock look petty.

So, you arrange it so that Foster has a job waiting for him as an ambassador, whatever that would actually entail, and the season plays out the way it does.

And actually, maybe it gives the kids that Foster recruited and has developed extra incentive to send their coach out on a good note.

But that having been said, come on.

Tech just hired Mike Young to be its new basketball coach. Young is a spry 56.

Hell, UNC just hired Mack Brown for a second run as the football coach there. Brown will turn 68 on Aug. 27, and he signed a five-year deal.

Foster can now, through his agent, put his name out there for job opportunities – coordinator jobs, head jobs.

Don’t be surprised to see him attached to either a Group of 5 head job or a Power 5 as a coordinator at some point in the days after the UVA game on Black Friday.