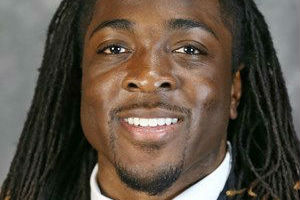 UVA’s Bryce Perkins been voted the Davey O’Brien Foundation’s National Quarterback of the Week for Week 10 of the college football season.

Perkins led the Cavaliers to a 38-31 win at North Carolina on Saturday by totaling nearly 500 yards of total offense and accounting for five touchdowns. In all, Perkins completed 30-of-39 passes for a season-best 378 yards and three touchdowns and rushed for a season-high 112 yards and two scores.

The 490 yards of total offense set a Virginia record and are the most by an Atlantic Coast Conference player this season. In addition, it was the first time in school history that a player passed for more than 300 yards and rushed for 100-plus yards in the same game.

Perkins became only the fifth FBS player since 2000 to throw for more than 350 yards and three touchdowns, as well as rush for 100 yards and two touchdowns against a Power 5 conference opponent. The senior rushed 24 times for an average of 4.7 yards per carry and also completed 76.9 percent of his passes.

In 1938, O’Brien, who was a star quarterback for TCU, became the first player ever to win the Heisman Trophy, Maxwell Award and Walter Camp Award in the same year. He was inducted into the College Football Hall of Fame in 1955.

O’Brien was drafted fourth overall in the 1939 NFL Draft and earned Pro Bowl honors in his rookie season after setting a National Football League record for season passing yardage. The NFL’s highest-paid player retired after the 1940 season to become an FBI agent.

The Davey O’Brien Foundation was created in 1977, and the National Quarterback Award, the oldest and most prestigious college quarterback award, was first issued in 1981. The Davey O’Brien Fan Vote, now in its 13th year, gives fans a chance to play a role in determining the award winner. Fans may vote daily for their favorite quarterback at www.VoteOBrien.org.

Since 1977, the Davey O’Brien Foundation has given away more than $1 million in scholarships and university grants to help high school and college athletes transform leadership on the field into leadership in life. For more information, visit www.DaveyOBrien.org.