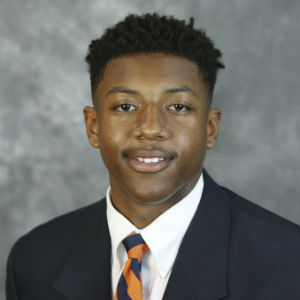 Hall is one of 10 members on the watch list that earned All-America honors from the Walter Camp Foundation in 2018. Hall was a second-team honoree.

Hall (Sr., Harrisburg, Pa.) was also named a second-team All-American in 2018 by the Football Writers of America after leading the nation with 22 passes broken up. He also tied for the nation’s lead with 24 passes defended. Was a major factor in 2018 helping the UVA defense finish No. 12 in the nation in team passing efficiency defense (107.62), No. 16 in passing yards allowed (183.0), No. 20 in the nation in team defense (330.5). Hall has also been named to the preseason Thorpe Award, Bednarik Award, Nagurski Trophy, Wuerffel Trophy and Lott IMPACT Trophy Watch Lists.

Hall is one of seven ACC players to make the 40-person watch list.

The watch list will be narrowed to 10 semifinalists in mid-November. The 2019 Walter Camp Player of the Year recipient, which is voted on by the 130 NCAA Bowl Subdivision head coaches and sports information directors, will be announced live on ESPN on Thurs., Dec. 12. The winner will then receive his trophy at the Walter Camp Foundation’s 53rd annual national awards banquet on Jan. 18, 2020 in New Haven, Conn.