Bruce Sallan: There are no perfect friends 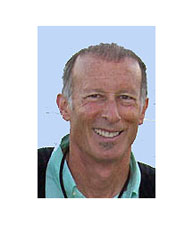 I remember that one of my mother’s many sayings, when I was growing up, related to friends and went something like, “If you want perfect friends, you won’t have any.” This was often in response to my irritation at what a particular friend had done. Later, more often than not, if my mom asked me if that particular thing my friend had done was resolved, I’d have forgotten what it was altogether.

As with so many things our parents say to us, their advice often goes unheeded but comes back later in life to haunt us because of their truth. We could have saved ourselves much pain and embarrassment had we paid heed originally. My mom is probably laughing, somewhere high above, since her death two years ago, at the “fun” I’m living with thanks to my two teenagers. As she may have said, “What goes around comes around.”

My older teen basically has perfected the art of seemingly paying attention to me while singing in his head his latest favorite song. My younger one has just learned that talking back is the expected thing to do upon entering your teens, now that he’s a firm 13½. He not only talks back but also questions just about everything I ask of him.

If I could speak to her today, I would say, “Mom, I’m sorry for all those times I talked back and all those times I disregarded your wisdom that had come from your considerable life experiences. Is there any way I can turn back the clock and make it all up to you so my kids don’t have to learn the same, hard way that I did?” And to my dad, I’d say, “Dad, why didn’t you tell me more forcibly that Mom was always right? Why did you just have that funny ‘you’ll see’ smile and keep your mouth shut while always saying, ‘yes dear’?”

But enough of the self-recrimination and feeling sorry for myself. It’s just one of those ironies of life that my boys are repeating in so many ways the same mistakes my mother so diligently tried to protect me from, especially in regards to friends.

My mother had so many friends and I just didn’t learn nearly enough from watching her interactions with them. She rarely talked about herself, but instead always seemed more interested in what her friends had to say or complain about. If a friend was in any sort of need, she was there. Her patience with those friends who didn’t reciprocate was monumental in my view, as a child growing up. But, she kept most of her friends for a lifetime.

I didn’t follow her example and sadly, I’ve lost some good friends along the way when I allowed hurt feelings or a long forgotten irritation of some sort to de-rail the friendship. Fortunately, I finally did learn what my mother so wisely explained, that there are no perfect friends. We’re all fallible human beings and to have much in the way of expectations of those we care about is sometimes just setting the stage for disappointment.

Another wise cliché is that we don’t choose our relatives, but we do choose our friends. Therefore, their loyalty is undoubtedly sincere if these friendships have been worked on and maintained over time. Yes, life circumstances may change, but memories and comfort with each other may not. I’ve found that in some cases, the changes in our lives were too much for the friendship to survive while in the case of my best friend since 10th grade, those changes didn’t seem to matter.

For my best friend and me, our lives went in significantly different directions after college in almost every area one can think of. He got married young at 23; I stayed single until I was 39. He had three children before I even married. He chose a conventional career; I chose showbiz. He moved to the suburbs; I stayed in the city. He celebrated his 25th wedding anniversary while I celebrated my 50th birthday with divorce papers. He recently moved out-of-state; I’ve stayed put. The examples abound between us.

But, the connection we made in high school and college was true and deep. We used to think of ourselves as “Frick and Frack.” I was the crazy one; he was the levelheaded one. Those differences worked for us as I encouraged risk-taking in him, while he got me to back away from bungee jumping from that helicopter. It was a good balance.

Nonetheless, my mom’s advice regularly came to me about not expecting perfection from him. He is lousy with returning phones calls, exchanging lengthy e-mails, getting together often as our lives got busier, and other things that disappointed me. My choice, as my mother would’ve said, is to not have him as my friend due to these failed expectations and wishes of mine, or to accept him for who he is, not who I wish he were.

That is the lesson I’m trying to teach my boys regarding their friends. Will they learn from my failures in this regard and have a lifelong “best friend” as I still do or will they lose some great friends along the path of life, as I also did? My guess is that they’ll do both–just as I did–and have to learn most of these lessons themselves in spite of my best efforts to save them the pain of going through this process.