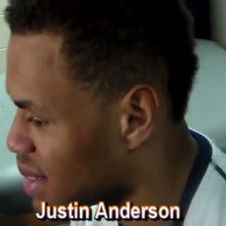 The Brooklyn Nets confirmed Saturday that they have signed signed guard/forward Justin Anderson as a substitute player for the remainder of the 2019-2020 NBA season.

Anderson was selected by the Mavericks with the 21st pick in the first round of the 2015 NBA Draft following a three-year (2012-2015) collegiate career at UVA.

While playing for the Cavaliers, Anderson earned National Basketball Coaches Association All-America Third Team honors and was named to the All-ACC Second Team as a junior. He was also named the ACC Sixth Man of the Year by the Atlantic Coast Sports Media Association as a sophomore.