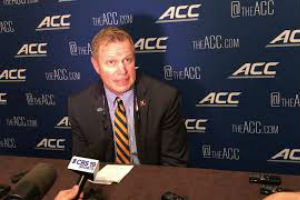 Opening Statement
“I’d like to credit first Coach Taggart and Florida State. They played hard and they played a full and complete game right to the very last play and anyone that was in the stadium today witnessed an amazing football game with two teams trying as hard as they could try to win. I felt lucky to be part of it. I’m really proud of my players and staff. The work they put in and to have another tangible takeaway that progress is being made and then to have so many people come and support us was so gratifying to not only myself but to my staff and the players. I think they’ve worked really hard and have earned the chance to have that kind of support so it was gratifying to see and feel it and to recognize it. It had an impact on the game. It helped us win. I’m appreciative of that.”

On fourth quarter offensive adjustments
“It just became clearer finally what we were able to do, how we’re going to need to do it and in what time we needed to do it in. These things just became crystal clear at halftime. It didn’t manifest necessarily in the third quarter quite as much. The fourth quarter looked similar to our opening drive, and those two drives had some things in common that we found.”

On Nick Grant’s play tonight
“He made an amazing play to help us win the game. He played well all night. He was targeted all night. He withstood it like a champion.”

On Bryce Perkins’ play in the second half
“How do you stop him? We’re not growing the program at the rate we’re growing it without Bryce Perkins. He plays within the system really well and he plays outside the system really well, and we need both. He’s exemplary. I’m so lucky he’s here and we’re so lucky he’s here, not only by how he plays but who he is. Without him, we don’t win.”

On Bryce Perkins’ decision-making
“I think it’s just the same kind of scenario that he threw some interceptions in the week before: out of the pocket and just trying to do a little too much. It’s a fine line. I would much rather rein him in. I want an aggressive quarterback. I want him to try and make plays and I want him to think he can make every play.” 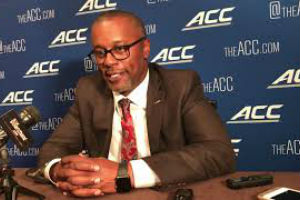 Opening Statement
“Tough loss. Our guys balled hard but we didn’t finish in the fourth quarter, made too many mistakes, didn’t make enough plays against a tough, good football team. But I thought our guys fought hard and we’ll get back to work and see if we can rectify this next week.”

On when that final play was called
“I didn’t call the play, Kendal called the play. He had the play called and we just didn’t get it done.”

On the clock running at the end of the game
“The clock stopped and as soon as the ref spotted the ball and blew the whistle the clock started.”

On the effect of the clock running from 6 seconds to 4 seconds
“I wouldn’t necessarily say it would have changed the decision. We were trying to get the play call in and trying to get lined up with what was up on the clock so like I said, it just didn’t work.”

On his team’s defense at the end of the game
“I wouldn’t say they wore down but there were some mistakes there and I know that one drive where they missed a field goal, 2 penalties extended that drive. Those are things we can’t do. That’s losing football. We need to play winning football in the fourth quarter. We can’t have those. We need to get better at it.”

On his team’s mental mistakes down the stretch
“I don’t know if they got tight, it could be. The game was close but again when it comes to those selfish penalties that can’t happen. We just can’t have those things that are killing this football team. We got to do more in practice and do more from a punishment standpoint on the ones who do those selfish things because it’s killing this football team and if we get better at those things I think you’ll see a better football team.”

On his defense’s better play in the first 3 quarters vs the first 2 games
“We did a better job stopping the run and I think whenever you can slow them down running the ball it gives you a chance. We didn’t do a good job in the passing game like we should have in this game. They played better but we still can get better than where we’re at.”

On the big sacks in the final drive
“It’s more protection. There were guys coming in and we didn’t block them. It was more that than anything. [UVA] is a good football team.”

On moving forward from this kind of loss
“We have nine more ballgames. This one hurts but everything we want to accomplish is still in front of us. We got to be so much better if we want to accomplish these things but it’s still right there and we’re 1-[2] but like I said we got nine ballgames and we know we got to play much better if we’re going to have the chance to win those ballgames but they’re there in front of us so to fall apart and everything, there’s no need for that. We still got nine ballgames, it’s the early season and again we need to play better. We got a game next week at home. We got to go in and take care of business.”

On junior DE Joshua Kaindoh’s injury
“I know he hurt his ankle. I haven’t talked to the doctor after the game yet to know the extent of it but I know it’s his ankle.”