As a child you might have fed your broccoli to the dog under the table, or eaten around it in casseroles.

But, clearly, plenty of Americans are happily eating their broccoli. 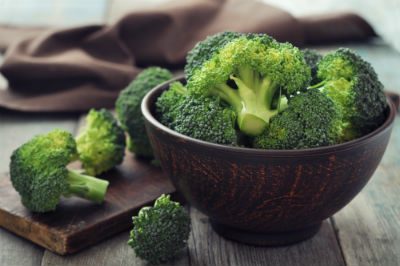 For the second year in a row, broccoli emerged as Americans’ favorite vegetable in a survey conducted by vegetable brand Green Giant. The survey findings were released in advance of June 17, National Eat Your Vegetables Day. Five thousand people ages 13 to 73 took part earlier this year.

Broccoli held the top spot in 39 states, Virginia among them, and in the District of Columbia. Two new favorites emerged this year: asparagus in Alaska and cauliflower in Montana. Potatoes saw their following diminish, earning the No. 1 spot in Arkansas alone, after being top veggie in five states last year. Affections appear to have cooled for cucumbers, which were absent from the list after being the 2018 favorite in Louisiana and New Mexico.

Tony Banks, a commodity marketing specialist for Virginia Farm Bureau Federation, noted that consumer taste preferences “change as we age and in response to new popular diets and media fads. Regardless, Virginia farmers produce a wide variety of vegetables for most palates. Summer is the ideal season to enjoy most of these locally grown foods at their peak of freshness.”