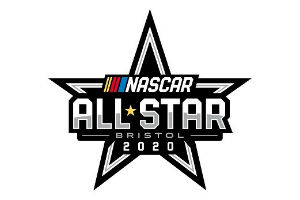 The 36th running of the NASCAR All-Star Race is moving to the World’s Fastest Half-Mile, Bristol Motor Speedway, for the first time.

The July 15 prime-time race will include fans in attendance at a Speedway Motorsports facility for the first time since the onset of the coronavirus pandemic.

“The NASCAR All-Star Race is an event known for making history, and we will enhance that legacy by hosting the event at Bristol Motor Speedway,” said Speedway Motorsports President and CEO Marcus Smith.

“While Charlotte will always be recognized as the birthplace and traditional home for the All-Star Race, the current data surrounding the pandemic in North Carolina makes Bristol a better option for fan access this summer,” Smith said.

Smith credited North Carolina Gov. Roy Cooper and state health officials for their role in getting NASCAR back on track by allowing the race teams to go to work and allowing Charlotte Motor Speedway to host the Coca-Cola 600.

Tennessee Gov. Bill Lee and Sullivan County officials have allowed for up to 30,000 fans at the All-Star Race in Bristol.

“We’re grateful for the continued support from both governors and all the state and local officials as we work with NASCAR to bring fans back to live sporting events. Bristol will no doubt put on a show worthy of the spectacle that the NASCAR All-Star Race has become known for, and we look forward to the challenge that the World’s Fastest Half-Mile promises to deliver,” Smith said.

This year’s all-star event marks just the second time it has been run at a facility other than Charlotte Motor Speedway, joining Atlanta Motor Speedway, which hosted the event in 1986.

“We are excited to take one of the most unique races in our sport to one of the most unique race tracks in our sport,” said NASCAR Executive Vice President of Racing Development Steve O’Donnell. “Bristol Motor Speedway puts on classic short-track action every time we race there, and we’re anticipating an elevated level of intensity for the NASCAR All-Star Race. We appreciate the great collaboration with Marcus Smith and his team, and all the race teams, in making this move. We look forward to bringing this thrilling race to a short track for the first time, and we hope our fans enjoy this special event, under the lights.”

Bristol Motor Speedway’s modified event procedures, protocols and number of attendees will be finalized with continued guidance from public health officials, medical experts, local, state and federal officials, and in coordination with NASCAR.

Protocols will include social distancing amongst groups of fans in the grandstands and individually in concession lines; enhanced cleaning and sanitation in high-touch, high-traffic public areas; added hand-sanitizer stations; limited guests in suites; and infield admission for race team and operation personnel only. Fans will be allowed to bring in one soft-sided clear bag with food and beverage.

Coolers will be prohibited to reduce checkpoint contact between spectators and speedway staff, and souvenirs will be sold only from concourse areas. Campground shower facilities will be closed. Speedway Motorsports and NASCAR will continue to adapt and improve procedures to ensure they are effective and can be scaled to support increasing the number of fans in the future.

The final four spots in the All-Star Race field will be reserved for the two stage winners and race winner from the All-Star Open as well as the winner of the All-Star Fan Vote.

Voting for the All-Star Fan Vote is now open at www.nascar.com/fanvote and the NASCAR mobile app. Fans may vote for one eligible NASCAR driver per ballot submission and submit one ballot per day per unique email address. Voting closes on Tuesday, July 14 at 12 p.m. ET.

The format for this year’s All-Star Race will be announced at a later date.

Plans for July 15 the ARCA General Tire 150 at Charlotte Motor Speedway are still to be determined.