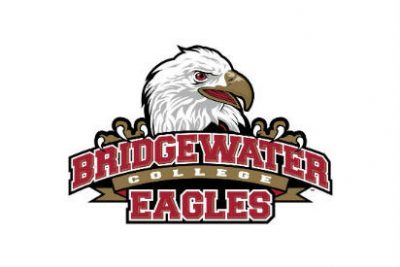 Bridgewater controlled the tempo throughout the first half in an eventual 37-22 win at Stevenson on Saturday.

Demetreus Jalepes rushed 25 times for 154 yards and two scores, while adding two receptions for another 39 yards.

Stevenson took the ball first and opened with a 12–play drive that ate up over seven minutes, but the Eagles got a sack from Ramey and Anthony Morris Jr. and swung momentum further when a completion to Trey Stephens got BC out of the shadow of their own end zone.

Jalapes was nearly corralled for a big loss but broke free and cut back left for nine yards. Stephens broke a tackle after the catch and scored to get BC on the board first.

After Cameron Williams also broke a tackle for extra yardage, Jalepes dragged a pile of defenders into the end zone for a 13-0 scoreline.

Jay Scroggins picked up enough on a 3rd-and-long to allow a Logan Weis field goal for a 16-0 Eagles lead.

Bridgewater then went to the two-minute drill and Jarrod Denham forced his way into the end zone to give the Eagles a 23-0 lead heading into halftime.

Stevenson wrested back some control of the clock in the third quarter, scoring twice to make it a nine-point game. Keenan Franz made a leaping catch along the sideline and then caught a slant on the next play to get the Mustangs on the board. Stevenson then marched off a 17-play, 86-yard drive to make it 23-14, still in the third.

The hosts nearly had a stop on the next possession, but a roughing-the-passer flag extended the drive and Scroggins carried it in for a 30-14 BC lead.

The Mustangs did score again and convert the two-pointer to make it a one-score game. Matt DeMasi broke a screen play for 32 yards, Scroggins picked up a 4th-and-1, and Jalepes finished off the drive for the final 37-22 scoreline. Deshomd Denny recovered a fumble to officially end it.

Bridgewater is 2-0 after this win over the second-ranked team in the Middle Atlantic Conference. The Eagles open ODAC play next Saturday night at Shenandoah.