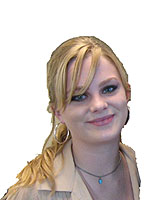 Investigators are pursuing a forensic connection between the disappearance and death of Virginia Tech student Morgan Harrington and an unsolved 2005 abduction and sexual assault in Fairfax.

Forensic evidence recovered during the course of the Harrington investigation has confirmed the link to the Fairfax assault, the State Police said Thursday. In September 2005, a Fairfax woman was abducted and sexually assaulted, and Fairfax Police detectives were able to create a composite sketch based on the victim’s description of the suspect. However, the suspect may have changed his appearance over the course of the past five years.

Harrington, 20, of Roanoke, went missing from the University of Virginia campus in Charlottesville during a Metallica concert on the night of Oct. 17, 2009. Her remains were discovered Jan. 26, 2010, by the landowner of Anchorage Farm in southern Albemarle County. The skeletal remains were located in a field on the 700-acre property. Harrington’s death is being investigated as a homicide.

Virginia State Police Bureau of Criminal Investigation’s Appomattox Field Office, University of Virginia Police, Albemarle County Police, and the Charlottesville Police are working with the City of Fairfax Police in regards to both criminal incidents.

Those with information about the man featured in the attached Wanted Poster may contact City of Fairfax Police Detective Mike Boone at 703.385.7959. Anyone wishing to provide information in the Morgan Harrington case is encouraged to call the Jefferson Area Crime Stoppers at 434.977.4000 or Virginia State Police at 434.352.3467 or email State Police at bci-appomattox@vsp.virginia.gov.

A reward of $150,041 is still available for anyone with information that leads to a resolution of the Harrington crime.