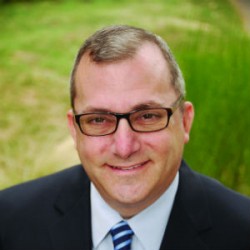 Born Free USA, a global leader in animal welfare and wildlife conservation, commends Virginia Senator Adam Ebbin (D-30) for introducing S.B. 1215. The bill, crafted partially with research conducted by Born Free USA, seeks to eliminate the trade in ivory and rhinoceros horn in the state of Virginia.  Illegal trafficking of these wildlife products is directly responsible for shocking declines in wild populations in recent years, and this bill is a crucial step toward reducing the target market.

Born Free USA Program Associate Kate Dylewsky testified in person in Richmond yesterday in support of the legislation. She urged the Senate Courts of Justice Committee to pass the bill in its full form, without exemptions. The committee has not yet reached a decision on the bill. See  her testimony is available at http://bornfreeusa.org/downloads/pdf/VA_SB_1215_testimony.pdf.

According to Adam Roberts, CEO of Born Free USA and the Born Free Foundation, “The elephant poaching epidemic across Africa has reached crisis levels and rhino poaching is escalating exponentially. Unfortunately, the U.S. is the second largest ivory market in the world, and we cannot afford to wait any longer to take action. Senator Ebbin’s timely action addresses the market for these products, which is a crucial part of ending the slaughter.”

According to Born Free, the elephant poaching crisis has become increasingly severe over the past several years. It is estimated that an average of 96 elephants are slaughtered daily by poachers, and more than 103,000 have been killed since January 2012 according to www.bloodyivory.org. “If the killing rate continues, certain African elephant populations could be extinct within a decade,” says Roberts. “As proven in our reports Ivory’s Curse and Out of Africa, illegal ivory trafficking is exploited by transnational criminal networks that enable terrorism, weapons, and human trafficking, feeding devastating violence and instability in Africa.”

Additionally, all five rhino species are in serious danger due to poaching. The market for their horns is fueling the slaughter of more than 1,000 rhinos per year in South Africa alone. Only 25,000 black and white rhinos remain across all of Africa, and they could become extinct in the wild in as little as 12 years. The horns, made of a substance akin to fingernails, are used in traditional Chinese medicine despite conclusive evidence that they have no curative properties.

Senator Ebbin said, “Elephant poaching has reached its highest level in decades and poses a mortal threat to the species’ survival.  Poachers, working with criminal syndicates, kill tens of thousands of elephants annually.  This is not only an urgent conservation issue, but it’s also a global security issue and a threat to our military, as many of poaching proceeds fund terrorist networks like al-Shabaab.  The Born Free USA and C4ADS report Ivory’s Curse comprehensively documented the security ramifications of ivory poaching, and illustrated how critical it is that we take action now.  By acting at the state level to eliminate loopholes not covered by federal regulation, we can shrink the market for illegal ivory.”

Born Free USA is a global leader in animal welfare and wildlife conservation. Through litigation, legislation, and public education, Born Free USA leads vital campaigns against animals in entertainment, exotic “pets,” trapping and fur, and the destructive international wildlife trade. Born Free USA brings to North America the message of “compassionate conservation” — the vision of the United Kingdom-based Born Free Foundation, established in 1984 by Bill Travers and Virginia McKenna, stars of the iconic film Born Free, along with their son Will Travers. Born Free’s mission is to end suffering of wild animals in captivity, conserve threatened and endangered species, and encourage compassionate conservation globally. More at www.bornfreeusa.org;www.twitter.com/bornfreeusa; and www.facebook.com/bornfreeusa.